Legend has it that the desert promontory of Chimney Butte is inhabited by an eccentric hermit who keeps visitors at a distance with his shotgun. Even when the Disney staffers try to photograph the hermit with a telephoto lens, the old recluse blasts away. Closer examination reveals that, under all that white tousled hair, the Mad Hermit is none other than Donald Duck, who has squirreled himself away in the caves of Chimney Butte because of his inability to find peace and quiet anywhere else (as illustrated with clips from earlier Disney theatrical cartoons). But though he thinks he's found solitude at last, Donald is in for quite a surprise: Chimney Butte has been designated an H-bomb testing site! This all-cartoon episode originally aired on the Walt Disney Presents TV anthology. 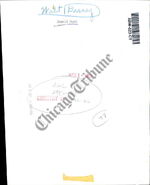 Add a photo to this gallery
Retrieved from "https://disney.fandom.com/wiki/The_Mad_Hermit_of_Chimney_Butte?oldid=3709189"
Community content is available under CC-BY-SA unless otherwise noted.