The Misadventures of Merlin Jones

The Misadventures of Merlin Jones

The Monkey's Uncle
The Misadventures of Merlin Jones is a 1964 Walt Disney production starring Tommy Kirk and Annette Funicello. Kirk plays a college student named Merlin Jones who experiments with mind-reading and hypnotism, leading to run-ins with a local judge. Funicello plays his girlfriend (and sings the film's title song written by brothers Robert and Richard Sherman).

This film led to a 1965 sequel, called The Monkey's Uncle.

Midvale College student Merlin Jones (Tommy Kirk), who is always involved with mind experiments, designs a helmet that connects to an electroencephalographic tape that records mental activity. He is brought before Judge Holmby (Leon Ames) for wearing the helmet while driving and his license is suspended. Merlin returns to the lab and discovers accidentally that his new invention enables him to read minds. Judge Holmby visits the diner where Merlin works part-time, and Merlin, through his newly-found powers, learns that the judge is planning a crime. After informing the police, he is disregarded as a crackpot. Merlin and Jennifer (Annette Funicello), his girlfriend, break into Judge Holmby's house looking for something to prove Holmby's criminal intent but are arrested by the police. Holmby then confesses that he is the crime book author, "Lex Fortis," and asks that this identity be kept confidential. Merlin's next experiment uses hypnotism. After hypnotizing Stanley, Midvale's lab chimp, into standing up for himself against Norman (Norm Grabowski) - the bully student in charge of caring for Stanley, Merlin gets into a fight with Norman, and is brought before Judge Holmby again. Intrigued by Merlin's experiments, the judge asks for Merlin's help in constructing a mystery plot for his next book. Working on the premise that no honest person can be made to do anything they wouldn’t do otherwise – especially commit a crime – Merlin hypnotizes Holmby and instructs him to kidnap Stanley. Shocked when the judge actually commits the crime, Merlin and Jennifer return the chimp, but are charged for the theft themselves. The judge sentences Merlin to jail, completely unaware of his own role in the crime. Livid at the injustice, Jennifer persuades Holmby of his own guilt, and the good judge admits that there might be a little dishonesty in everybody.

The screen credit for writing reads, "Screenplay by Tom and Helen August", which were the pseudonyms for Alfred Lewis Levitt & Helen Levitt, two writers who were blacklisted.

To date Disney has not officially stated whether or not this film was actually two episodes of a planned television series, however, this has long been suspected to be the case, with at least one critic, Eugene Archer, of The New York Times, writing upon its release:

"Movies made for television are commonplace these days, but the idea of screening television shows in movie theaters is still farfetched. Who is expected to spend the $2? Strange as it sounds, this seems to be the explanation behind Walt Disney's latest hit, "The Misadventures of Merlin Jones." It is a pastiche of two separate stories with the same set of characters, each running less than an hour (leaving time for commercials), stitched together in the middle and released yesterday in neighborhood theaters."

The opening title sequence utilized stop-motion paper cutout animation directed by Bill Justice and Xavier Atencio. Some of the figures were reused from A Symposium on Popular Songs. 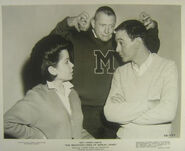 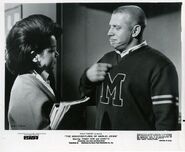 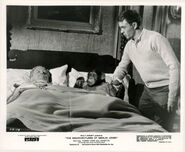 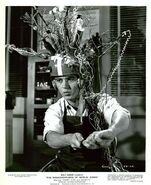