Muppet*Vision 3D
The Muppets Present… Great Moments in American History
Others
The Muppets are a group of puppet characters created by Jim Henson starting from 1955. Although the term is often used to refer to any puppet that resembles the distinctive style of The Muppet Show, the term was coined by Jim Henson for his puppet act, and a legal trademark owned by the Walt Disney Company since 2004.

In 2004, the Walt Disney Company acquired the Muppets from the Jim Henson Company. This transaction included specific titles from their film and television library. As Disney's acquisition of the Muppets did not necessarily include everything the characters starred in, a list of which productions Disney did acquire, and which Muppet productions have been made since Disney acquired the franchise, is provided below.

The following Muppet productions were all included in Disney's 2004 acquisition:

Beginning in 1989, Jim Henson was in negotiations with Disney for a sale of the company so that he could focus on creative projects without any hassles of running a company. This deal fell through after his death in May 1990. However, on December 18, 1991, the Walt Disney Company bought the distribution rights to the entire Jim Henson Company library up to that time, and they would go on to distribute Henson's productions on video (via the Jim Henson Video label) from then until 1997. Prior to 1997, Disney released the following new Muppet productions, which they retained distribution rights to:

From 1998 through 2003, the Muppets would star in several other productions, such as Muppets from Space, Muppet RaceMania, Muppet Monster Adventure, The Muppet Show Live, Kermit's Swamp Years, It's a Very Merry Muppet Christmas Movie, and Muppets Party Cruise which were not included in Disney's acquisition (and as such are not covered on this wiki).

In 2004, almost one year after ownership of the Jim Henson company was returned to his family's hands, the Jim Henson Company sold the rights to The Muppets and Bear in the Big Blue House characters to the Walt Disney Company, who control the Muppets through the wholly owned subsidiary The Muppets Studio, LLC. Disney now owns all Muppet-related trademarks, including the word "Muppet". After Disney bought the characters, the Muppets have starred in the following productions: 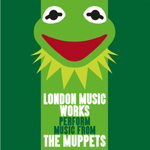