The Nøkk from Scandinavian mythology

Trespassers across the Dark Sea

Active
The Nokk is a character in Disney’s 2019 animated feature film, Frozen II. It is the horse-shaped elemental spirit of water that serves as the guardian of the Dark Sea.

The Nokk is one of four elemental spirits of the Enchanted Forest, the others being the Fire Spirit Bruni, the Earth Giants, and the Wind Spirit Gale.[1] Like the other spirits, the Nokk once lived in peaceful unity with the Northuldra tribe, granting the humans with travel across its waters, and in return, the Northuldra held the spirits in reverence.

34 years before the start of the film, the Arendellian king Runeard built a dam in the forest as a gift of peace to the Northuldra. But in truth, this was an elaborate plot by the treacherous king who sought to eliminate the tribe and its connection to magic. During a gathering between the Northuldra and the Arendellians, Runeard murdered the Northuldra leader. This sparked a war between the groups, during which Runeard was killed. The conflict enraged the spirits, who turned against the humans they once aided. Soon thereafter, a powerful curse engrossed the forest with an impenetrable mist, trapping all within it inside. For the spirits to return to their pacified state, the fallout of Runeard's actions had to be amended, but only by breaking the dam that instigated the conflict would the curse be lifted.

When Elsa senses a mysterious voice calling to her, Elsa, in a state of jubilation, accidentally alerts the spirits to her presence in Arendelle. In response, the spirits manipulate the elements in Arendelle remotely—the Nokk for its part withdraws all the water in the kingdom's plumbing and fountains—and force its citizens to evacuate so as to keep them from harm's way. The queen and her sister, Anna, learn from Grand Pabbie that they must journey to the Enchanted Forest to mollify the bitter spirits and save the kingdom.

After Elsa's party enters the forest, the Nokk briefly manifests to Olaf when the latter looks into a pond and finds the Nokk staring at him, frightening the snowman away.

Later, Elsa encounters it while attempting to traverse the Dark Sea alone to reach Ahtohallan after sending Anna and Olaf away to protect them from Ahtohallan's curse. The Nokk is steadfast in its attempts to drown Elsa, but she uses her powers to create reins and ride the Nokk, eventually taming it. The Nokk then carries her to Ahtohallan, where it dissolves after she disembarks. While traversing the glacier, Elsa discovers that she is the fifth spirit, and the true source of the war between Arendelle and Northuldra, and the cure upon the forest: the dam that King Runeard constructed in the forest was actually meant to harm the land, as he detested magic, and he assassinated the Northuldra leader. As she discovers this truth, Elsa begins to freeze due to having ventured too deep into the glacier. Elsa manages to warn Anna before she is completely frozen. When Anna goads the Earth Giants into destroying the dam, thus lifting the curse, Elsa is revived and falls into the sea. She is recovered by the Nokk when it sees her in trouble, and it carries Elsa to Arendelle, where they conjure a massive ice barrier to stop a wave unleashed by the dam’s destruction from destroying the kingdom.

Afterward, Elsa decides to stay in the Enchanted Forest, as she has discovered that she is the fifth spirit. In the months that follow, the Nokk remains one of Elsa’s closest companions. She occasionally freezes its body into pure ice to allow it to interact on land. In the final scene, Elsa and the Nokk are seen riding through the forest and on the Dark Sea. Along the way, the lead Earth Giant helps them up the cliff with his arms as a bridge, and they pass by Honeymaren and Ryder Nattura taking their reindeer pack out for a run, waving to Elsa as she passes by. Bruni tries to follow them, but Elsa leaves a large pile of snowflakes for him to dive into and feast on while she and the Nokk continue on their way.

A light image of the Nokk

A light image of the Nokk in Ahtohallan 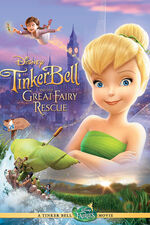 The Nokk in Anna, Elsa and the Secret River

Retrieved from "https://disney.fandom.com/wiki/The_Nokk?oldid=4568069"
Community content is available under CC-BY-SA unless otherwise noted.