Africa Before Dark
The Ol' Swimmin' Hole (also called The Ol' Swimmin' 'Ole) is an Oswald the Lucky Rabbit animated short released on February 6, 1928. Dave Bossert, the author of the book Oswald the Lucky Rabbit: The Search for the Lost Disney Cartoons, has reported that the short has been found and uploaded an image of the short to his instagram.  The short has been found in a film print in the Royal Belgian Film Archive, with Disney having a deal to get a 4K scan of the print.

A pastoral outing as Oswald and his friends take in the delights on a swimming hole. 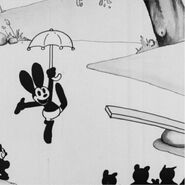 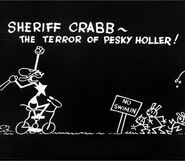 Retrieved from "https://disney.fandom.com/wiki/The_Ol%27_Swimmin%27_Hole?oldid=4381919"
Community content is available under CC-BY-SA unless otherwise noted.