Planes
Secret of the Wings

Tinker Bell and the Legend of the NeverBeast
Planes: Fire & Rescue
The Pirate Fairy (also known as Tinker Bell and the Pirate Fairy) is a 3D computer-animated film from the Disney Fairies franchise. It is the fifth Tinker Bell movie and was released on April 1, 2014. The film was originally slated to be released on October 7, 2013, but another Disneytoon Studios film, Planes, took its place, which itself moved to a theatrical film for August 9, 2013.

The film opens on a normal day in Pixie Hollow: Zarina, a Dust Keeper fairy, is always wondering about the possibilities of what Pixie Dust can do besides make things fly. However, Fairy Gary is against her curiosity and tells her that dust keepers do not tamper with Pixie Dust. However, when her experiments with Blue Dust (to make other colors of Dust) causes major chaos, she becomes excluded from dust-keeping. Sad and hurt, Zarina runs away from Pixie Hollow.

One year later, the fairies of Pixie Hollow are celebrating the Four Seasons Festival. As the Winter Fairies perform their act, Zarina returns and summons some poppies that put all the fairies into a deep sleep except Tinker Bell, Vidia, Rosetta, Silvermist, Fawn and Iridessa, who take shelter, and Clank, who was gone at the time. After putting all the fairies to sleep, Zarina heads for the dust depot and steals the Blue Dust. Without the Blue Dust, the Pixie Dust Tree can’t make Pixie Dust and without Pixie Dust the fairies can’t fly, much to Iridessa’s horror. While Clank stays to watch over the others, Tinker Bell and the other fairies go after Zarina who leads them to the coast and, to their shock, pirates. At first, they think Zarina has been captured, but soon find out that their captain is none other than Zarina. The fairies get the Blue Dust back, but when they try to make their escape, Zarina casts numerous colors of Pixie Dust switching the fairy’s innate magical talents. Struggling with their swapped talents, they manage to find Zarina and her band of pirates. It is revealed by the cabin boy, James (the future Captain Hook and Zarina’s closest friend), that a year ago their ship turned a drift and they lost everything until they met Zarina who became their new captain with a promise to make their ship fly. Then they will be able to plunder across the world the greatest wonders and will be unstoppable as they’ll be in the sky.

They arrive at their secret hideout at Skull Rock where the fairies discover that Zarina and the pirates have grown a Pixie Dust Tree of their own. After docking, the pirates begin to work on making the dust. The fairies attempt to get the Blue Dust back again, but Iridessa was unable to control her garden fairy talent and causes a chaos that reveal themselves and get captured. Tinker Bell tries to convince Zarina to come home but she refuses, still hurt by nobody appreciating her talents. After the fairies are taken down below the Pirates begin creating Pixie Dust which becomes a major success. Curious about what it’s like to fly, Zarina sprinkles some of the dust onto James allowing him to experience the wonders of flying. After a joyful flight around the cave, James and the pirates suddenly betray Zarina and lock her in a lantern. Meanwhile Tinker Bell and the other fairies are trying to escape from their cage and so far they are not having much luck. Just then, the baby crocodile that Rosetta hatched earlier appears and sets them free. The fairies head for the pirate Pixie Dust Tree and manage to get their hands on the Blue Dust. However before they can make their escape, Captain James threatens to throw Zarina into the sea unless they return the dust to them. Tinker Bell willingly gives up the dust and the tree creates again normal Fairy Dust, which the pirates begin to pour all over the ship making it airborne. After James jumps aboard, he throws Zarina into the water, leaving the fairies to save her.

As the pirates set course for the Second Star, the fairies show up and engage them in battle while Zarina attempts to get the blue fairy dust away from Captain James who is wearing it around his neck. With more control over their swapped talents, the fairies manage to throw the pirates overboard one by one and turn the ship off course with only the captain left on board. The baby Crocodile helps by snapping at a pirate, but doing so swallows a clock and becomes so the legendary Tick-tock Crocodile. James manages to get covered in Pixie Dust and chase after Zarina and the Blue Dust. For a moment James is victorious, but Zarina gains possession of one speck and when she tosses it to James the dust all over him goes crazy and makes him fly out of control (Blue dust makes Fairy Dust go "from a trickle to a roar") till he passes through a wall of water summoned by Tinker Bell that washes off all the dust. Tinker Bell and Zarina take back the dust and leave the pirates stranded in the water.

After finally getting back the Blue Dust, Zarina bids her fellow fairies goodbye and is about to go her separate way only to be offered again to come home, which this time she accepts. They sail the flying ship all the way back to Pixie Hollow just as all the fairies start to wake up with no clue what just happened. Zarina is welcomed back, and just before she promises to never again tamper with pixie dust, Tinker Bell insists that she show off her amazing talents: Pixie Dust Alchemy. At the festival, Zarina shows off her amazing talents in Pixie Dust Alchemy and, at the same time, switches Tinker Bell's and her best friends' magical talents to their rightful ones, each with a different color of powdered fairy dust, putting on quite a show.

In a post-credits scene, Mr. Smee is seen sailing on a ship where he spots James stranded in the middle of the Never Sea. After spotting the washed up captain, Smee compliments the hook he's carrying around (alluding the iconic hook he'll one day gain), to which James replies by furiously demanding Smee rescues him. 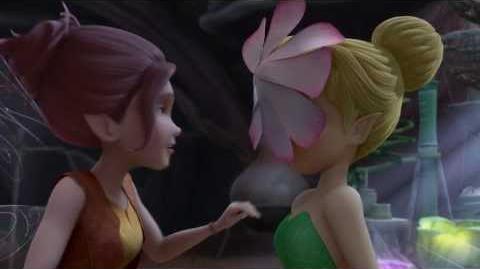 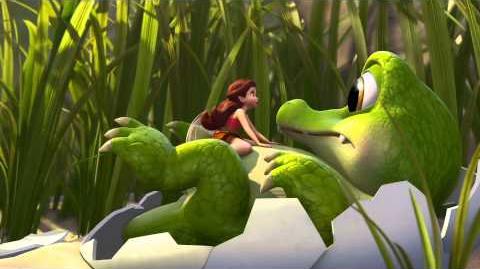 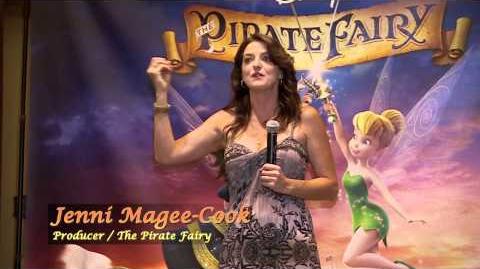 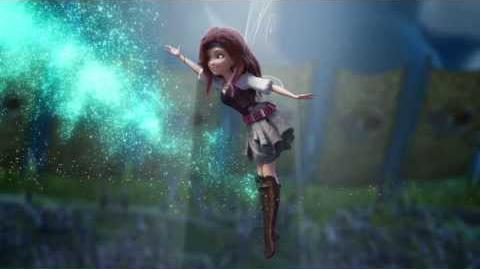 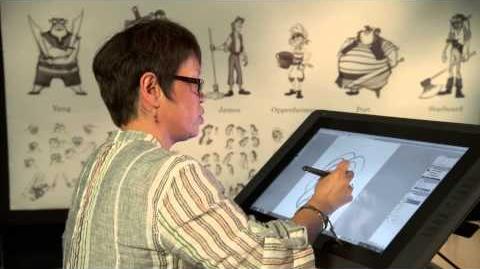 Featurette - 'How To Draw Zarina' 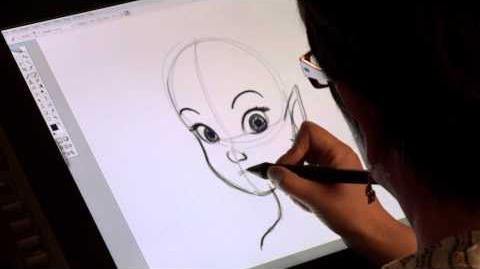 Featurette - 'How To Draw Tinker Bell'

The Disney Wiki has a collection of images and media related to The Pirate Fairy.