The Prince and the Pauper (1962 telefilm)

Walt Disney's Wonderful World of Color
"The Prince and the Pauper"

Based on Mark Twain's classic tale, this lively 16th-century-set comedy drama chronicles the misadventures and the lessons learned by two disparate and discontented look-a-likes who swear that the grass really is greener on the other side of the fence. 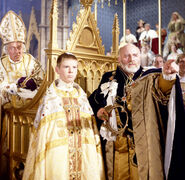 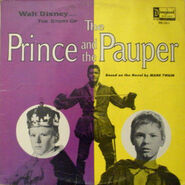