Mickey Mouse and Donald Duck
"The Search for the Zodiac Stone"

Topolino #1780-1791
"The Search for the Zodiac Stone!: An Epic Yarn of Mice and Ducks!" is a twelve-part comic series originally published in Topolino #1780-1791 in 1990. Originally written by Bruno Sarda, it received a full English translation by Jonathan Gray 25 years after its original publication, when it was localized in issues #721-732 of Walt Disney's Comics and Stories, published by IDW Publishing. (It should be noted, though, that an excerpt from the last chapter was previously localized as a stand-alone story, "The Old West Diary of Goofalo Bill", in Goofy Adventures #7.) At a combined total of 347 pages, it is the longest comic book story starring the Mouse/Duck universe characters.

Mickey and Goofy set off searching for the twelve Zodiac pendants to assemble the future-seeing Zodiac stones. Unfortunately, Pegleg Pete (who does not actually have his peg-leg here despite going by that name) is on the hunt for those stones too...

After having obtained the Aquarius pendant in the previous chapter, Mickey and Goofy battle Scorpion Valley's giant bugs and end up running into Scrooge, Donald, and Huey, Dewey, and Louie, who already have the Scorpio pendant.

Chapter 3: A Fistful of Shillings!

Scrooge tells the group how he and the boys obtained the Libra pendant by helping out a ghost.

Man-eating tigers menace Mickey under the big top where he and Goofy look for the Leo pendant.

Donald seeks the next powerful Zodiac pendant, the Virgo pendant, in the stratosphere!

Goofy is seeing double when he meets and switches places with the Gemini pendant's owner, cookie tycoon Count Roland Gallant... and he gets more than he bargained for when he also meets the count's deranged twin brother, Guffy Gallant!

Donald dons his Duck Avenger cape and cowl to retrieve the Capricorn pendant after it is stolen by the master criminal Spectrus.

Chapter 9: The Tropics of Cancer

Joined by Minnie and Pluto, Mickey chases a ghoulish mystery girl across Monterey Beach and finds the Cancer pendant.

Grandma Duck sends Huey, Dewey, and Louie on a pretend treasure hunt that serendipitously leads to them finding the Taurus pendant.

Chapter 11: The Partners of the Pendant

Chapter 12: Legacies of the Zodiac!

It's the grand finale! Finding the Sagittarius pendant, Scrooge, Mickey, and Donald have finally assembled the future-predicting Stone... just in time for Pegleg Pete and the Phantom Blot to strike! 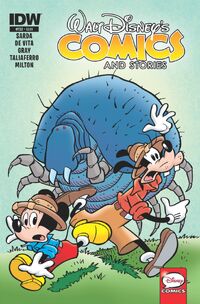 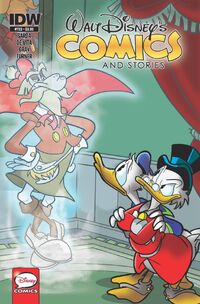 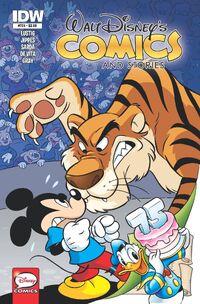 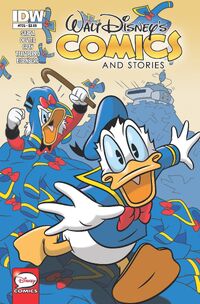 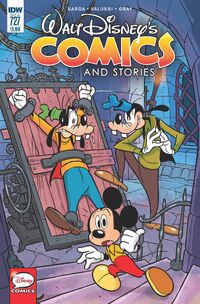 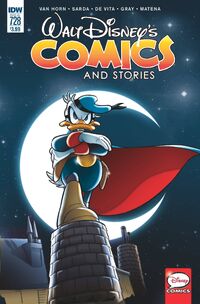 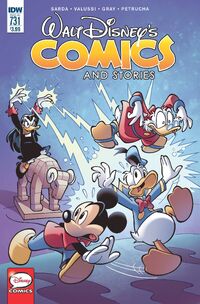 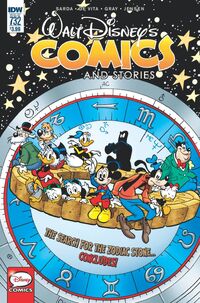 Retrieved from "https://disney.fandom.com/wiki/The_Search_for_the_Zodiac_Stone?oldid=3582286"
Community content is available under CC-BY-SA unless otherwise noted.