The Seas (originally The Seas with Nemo & Friends Pavilion) is a pavilion located in the Future World section of Epcot, a theme park at the Walt Disney World Resort in Lake Buena Vista, Florida. Originally opening as The Living Seas in 1986 and focused around ocean ecosystems and exploration with a journey to a futuristic underwater research base, elements of the Finding Nemo film were gradually brought in starting in 2003 before a full re-theme of the pavilion took place in 2007.

The Seas is located in Future World West, which is planned to be re-designated World Nature.

The Seas Pavilion was part of plans for Epcot Center since the late-70s, with an early version of the attraction planned to feature the Greek sea god Poseidon as a host for a dark ride using bubble vehicles exploring different aspects of the ocean before dropping guests off at a futuristic marine research base. It didn't make it into the opening line-up as Disney had trouble finding a partner to sponsor the pavilion with and the dark ride portion was scaled back when United Technologies signed on to sponsor the attraction.

In 2003, the process of bringing in elements of the Pixar film Finding Nemo began. This includes the now-popular Turtle Talk with Crush show where the character Crush talks to the audience about marine life by usage of an innovative live CGI system. In 2005, The Living Seas closed for its extensive Finding Nemo layover, which included removing the hydrolators and changing the Seacabs ride. The pavilion reopened in October 2006 with a new name, The Seas with Nemo and Friends Pavilion, as part of Disney's Year of a Million Dreams celebration.

A loosely related attraction using much of the same animation, Finding Nemo Submarine Voyage opened at Disneyland as an update to the original Submarine Voyage, which closed on September 9. 1998. This attraction opened on June 11, 2007.

In late 2019, as part of Epcot's ongoing transformation, the pavilion was renamed The Seas Pavilion. The original pavilion icon returned to its regular use and signage throughout Sea Base began to change to more strongly emphasize the Sea Base theme again and incorporate the park's new fonts and graphic design look.[1]

The VIP room was featured in the third Kingdom Keepers book, Disney In Shadow. Here, the keepers used it as a temporary HeadQuarters for their missions at Epcot.

Entrance to the attraction inside The Seas

Nemo cast of characters outside The Seas 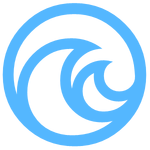 The Seas Pavilion logo (originally used for The Living Seas)

The Seas with Nemo and Friends attraction concept art