The Sword and the Rose

The Sword and the Rose is a United States family and adventure film, produced by Walt Disney Productions and directed by Ken Annakin. The film features the story of Mary Tudor, a younger sister of Henry VIII of England.

Based on the 1898 novel When Knighthood Was in Flower by Charles Major, it was originally made into a motion picture in 1908 and again in 1922. The 1953 Disney version was adapted for the screen by Lawrence Edward Watkin. In 1956, it was broadcast on the Disneyland television show in two parts under the original book title.

Mary Tudor falls in love with a new arrival to court, Charles Brandon. She convinces her brother King Henry VIII to make him his Captain of the Guard. Meanwhile, Henry is determined to marry her off to the aging King Louis XII of France as part of a peace agreement. Mary's longtime suitor the Duke of Buckingham takes a dislike to Charles as he is a commoner and the Duke wants Mary for himself. However, troubled by his feelings for the princess, Brandon resigns and decides to sail to the New World. Against the advice of her lady-in-waiting Lady Margaret, Mary dresses up like a boy and follows Brandon to Bristol. Henry's men find them and throw Brandon in the Tower of London. King Henry agrees to spare his life if Mary will marry King Louis and tells her that when Louis dies she is free to marry whoever she wants. Meanwhile, Mary asks the Duke of Buckingham for help but he only pretends to help Brandon escape from the Tower, really planning to have him killed while escaping. The Duke thinks he is drowned in the Thames, but he survives.

Mary marries King Louis and encourages him to drink to excess and be active so that his already deteriorating health worsens. His heir Francis makes it clear that he will not return Mary to England after the king's death, but keep her for himself. When she goes to him for help, the Duke of Buckingham tells Lady Margaret that Brandon is dead and decides to go "rescue" Mary himself. Lady Margaret discovers that Brandon is alive and learning of the Duke's treachery they hurry back to France. Louis dies and the Duke of Buckingham arrives in France to bring Mary back to England. He tells her that Brandon is dead and tries to force her to marry him. Charles arrives in time, rescues her and kills the Duke. Mary and Brandon are married and remind Henry of his promise to let her pick her second husband. He forgives them and makes Charles the Duke of Suffolk.

An unrelated Amiga computer game has the same name. 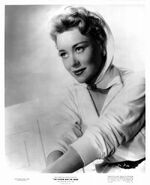 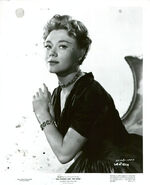 Retrieved from "https://disney.fandom.com/wiki/The_Sword_and_the_Rose?oldid=3878140"
Community content is available under CC-BY-SA unless otherwise noted.