The Three Bears (or Goldie Locks and Three Bears) was an unproduced animated short based on the well-known children's story of the same name that was first proposed as a part of the Silly Symphonies series in 1936. After that version failed to materialize, Disney considered using the story as the basis for a Mickey, Donald and Goofy cartoon in which the famous trio are cast in the roles of the Three Bears.

For the proposed Silly Symphony, Goldie Locks was drawn as a caricature of then-popular child star Shirley Temple. 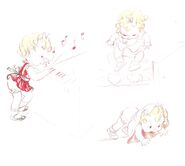 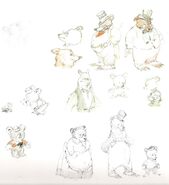 Concept art of the Three Bears by Ferdinand Horvath 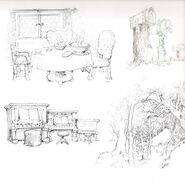 Prop designs by Ferdinand Horvath
Add a photo to this gallery

Retrieved from "https://disney.fandom.com/wiki/The_Three_Bears?oldid=4013993"
Community content is available under CC-BY-SA unless otherwise noted.