Swimming, being with his family, being loved for who he is, making friends

Being persecuted or rejected for his appearance, being alone, being ostracized, prejudice, pride, being harmed

The Ugly Duckling is the titular protagonist of Disney's 1939 Silly Symphonies short film of the same name. Actually a cygnet (a baby swan), his egg somehow found its way into the nest of a duck family who mistook him for one of their own, and hatched him, only to immediately reject him for not looking the way a duckling should.

His namesake book appears in Lilo and Stitch, playing a major role in the film as a source of catharsis for Stitch.

Initially silly and carefree, the Ugly Duckling is at first completely oblivious to how unusual the ducks find him as well as their subsequent revulsion towards him. It is only after the ducks banish him from their family that he realizes how much uglier than the other ducklings he is, which makes him feel increasingly lonely and depressed. As his attempts to find a new family all meet with failure, it is only when he meets the swans and learns his true identity that he learns to accept and take pride in himself once again.

Unlike his nest mates, who were short and pudgy with small features and fluffy yellow feathers; the Ugly Duckling is lean, white, and fuzzy with a body twice as big and a lanky build characterized by big feet, a long neck topped by a bulbous head, and a large beak from which he made a loud honk that greatly irritated the mother and father duck.

Shortly after being hatched, the Ugly Duckling unknowingly causes an argument between the mother and father duck who can't understand how such an abnormal baby could be born to them; especially since their other young were all perfect little ducklings. When the duck parents go their separate ways, the Ugly Duckling (oblivious to how she intentionally left him behind) decides to follow his mother and siblings to the pond and swims after them. As the ducklings all climb up onto her back, he jumps up to join them and is immediately thrown off by her when she realizes his presence. Mistaking her actions as part of the game, he honks for them to wait up and continues to chase after them until she suddenly snaps at him to go away before she and the ducklings turn their backs and leave and ostracized him all alone.

Confused as to why his mother doesn't like him, he looks at his reflection and (following his initial fright) is shocked to see how different from the other ducklings he is; especially when he sees how happy they are without him around. Realizing he has no place with them, he wanders away and eventually comes across a nest of sparrow chicks in an overhead branch. Deciding that they would become his new family, the Ugly Duckling climbs into the nest but is violently chased off by the mother when he eats a worm intended for her own babies. While fleeing her attack, he retreats back into the pond where he encounters a wooden duck decoy. When it doesn't scold him or try to drive him off, he interprets its silence as acceptance and adopts it as his new mother. Unfortunately, while playing on and around his new "parent," the Ugly Duckling causes it to tip over and knock him on the head with its bill.

Shocked by the sudden and unprovoked attack, the Ugly Duckling escapes to the safety of the bank where he watches the decoy turn its back on him just like the Mother Duck. Deciding that he was just too ugly for anyone to love; the Ugly Duckling gives up hope of ever finding a family to accept him and breaks down in tears. As his sobs become louder and more despondent, the Ugly Duckling is approached by a group of cygnets, who sympathize for him and honk to get his attention. To the Ugly Duckling's surprise, not only do they look and sound like him, but they actually seem happy to see him. Encouraged by their own honks, he stops crying and dives in to play with them until the cygnets' beautiful mother calls them to her side. Expecting her to reject him for his ugliness like all the rest, the Ugly Duckling decides to paddle away when the cygnets circle around him, blocking his path, and the Mother Swan suddenly swims up and reaches for him. Certain that she was going to attack him, he briefly cowers in fear until she pulls him close and lovingly embraces him as one of her own whereupon he realizes to his joy who he really is and where he belongs.

No longer an Ugly Duckling, the Little Swan swims along with the others when he's spotted by none other than the ducks. The Mother Duck invites him to return to them but the Little Swan refuses and remains with his true mother and siblings instead; turning his back on the ducks as he follows the swans into the distance. 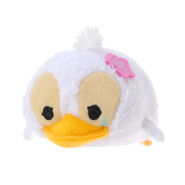 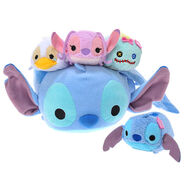 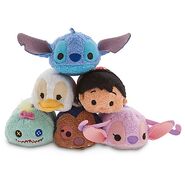 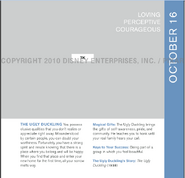