The Disney Sunday Movie
"The Undergrads"

April 1, 1986
The Undergrads is a 1985 television film that originally aired as a Disney Channel Premiere Film on the Disney Channel on April 1, 1985. The film was directed by Steven Hilliard Stern and written by Paul W. Shapiro and Michael Weisman.

An elderly man discovers that his son wants to put him in an old-age home. However, the old man's grandson refuses to allow it, and the man and his grandson wind up becoming roommates at the boy's college dorm. After Mel Adler's apartment burns down his son, who harbors some ill will towards him tries to put him in a retirement home. He's also very hard on his son, Jody. He's telling him which college he should go to. But when he decides to go where he wants, Mel decides to join him. And when he gets there he clashes with some of the teachers and finds himself attracted to one of them. Eventually he learns that he might flunk out so he tries to cram so he can pass. 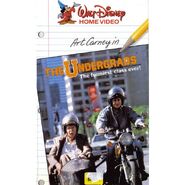 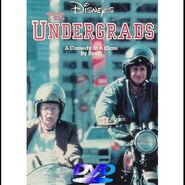