Festival of Mystique
The Villains World was a harbor show at Tokyo DisneySea for Halloween event since 2015. The show returned in September 9, 2016, as part of its 15th anniversary celebration as The Villains World: Wishes and Desires (Japanese: ザ・ヴィランズ・ワールド～ウィッシュ・アンド・ディザイア～).

With a mindset on being “fashionable,” the Disney characters and performers are outfitted with stunning, detailed costumes. The music itself is a mixture of high energy music, ominous voices, and even elements of hip-hop thrown in for good measure.

This 25-minute spectacular puts the Villains into the spotlight and features Maleficent, Ursula, Hades, Pain and Panic, Jafar, The Evil Queen, Captain Hook and Mr. Smee. The Disney Villains put on a Halloween Party and invite Mickey Mouse, Pluto, Minnie Mouse, Donald Duck, Chip and Dale, Goofy, Daisy Duck and Clarice. Each character has decided to dress like the Villains (to show respect to their lovely hosts).

As they all celebrate the Park’s 15th Anniversary, Maleficent uses her magical power to heighten the excitement of the party for a glorious finale. 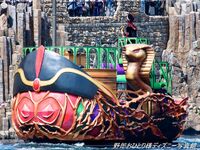 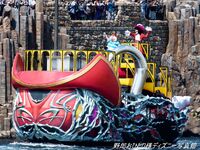 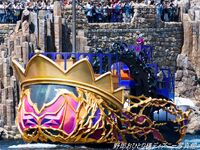 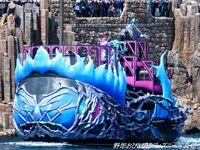