Daffy Fernald loses her brother's toy rocket when it flies into a storm drain. She knows Alvin will be upset if he finds out, so she climbs into the dark tunnel to search for it. She spots a stranger, Ernie Nelson, and sees that he's carying a gun. She races home and tells Alvin, but the would-be inventor refuses to believe her. 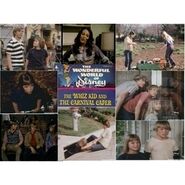 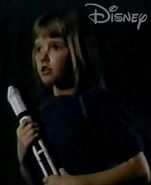 Add a photo to this gallery
Retrieved from "https://disney.fandom.com/wiki/The_Whiz_Kid_and_the_Carnival_Caper?oldid=3788385"
Community content is available under CC-BY-SA unless otherwise noted.