The World Beneath Us

The World Beneath Us

Richfield Oil
The World Beneath Us was an attraction at Disneyland Park from 1955-1960. It contained several dioramas and a movie all about the Earth and its geology. One of the dioramas was a large model of the Earth's crust with a mechanical arm under it simulating earthquakes. The film showed the birth of the world, the rising continents, the dinosaurs, volcanos, etc before moving onto an exploration of the collection of fossil fuels. 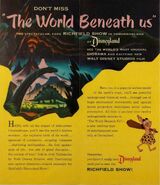 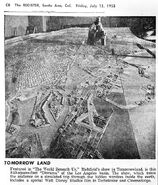 Construction image of one of the models. 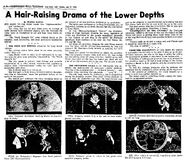 News article featuring stills and a summary of the film.