This is Your Life, Donald Duck (Walt Disney Presents episode)

Walt Disney Presents
"This is Your Life, Donald Duck"

March 11, 1960
"This is Your Life, Donald Duck" is a television special originally aired as the 148th episode of the Walt Disney Presents. It was later adapted into a comic book story of the same name, released on the same year.

The title and format of this TV special are based on the reality documentary series This Is Your Life, broadcast on NBC radio from 1948 to 1952, and on NBC television from 1952 to 1961.

This TV special briefly shows Donald's nephews dress up as Zorro. (additionally, only in the comic book version, the three ducklings get the idea to wear that costume specifically because they see a portrait of Zorro on the wall) This coincides with the fact that Disney's Zorro (1957–1959) had ended the previous year.

Jiminy Cricket is hosting a television show and is set to interview Donald Duck with the story of his life. But alas, Donald is laying watching Jiminy on TV at home, enjoying Jiminy's on-air breakdown as he worries about Donald's whereabouts. Jiminy sends Donald's nephews Huey, Dewey, and Louie to fetch Donald and bring him to the studio. When Donald arrives at the studio, he is stunned about appearing on television and is put in a chair as Jiminy tells Donald's story, telling how he was a hot-tempered duckling from the day he was hatched. Jiminy then invites his first guest to the stand, Donald's grandmother, who tells a story about how Donald was tempted into playing hooky when he was a boy, followed by a story of Donald's first job as a delivery boy.

Jiminy then begins to tell about Donald's service in the military and invites his next guest, Donald's old sergeant Pete, who tells how Donald wanted to be a paratrooper. After that, Jiminy invites Chip and Dale up to tell about Donald's first civilian job as a zookeeper and how the two chipmunks' antics annoyed Donald, after which Donald is able to extract a little revenge on the pests.

Jiminy goes on about Donald's life and how he crashed an amateur show to perform. While he did get yanked off the stage, he got discovered by a talent scout and got a motion picture contract at the Walt Disney Studios. We then see a filming of one of Donald's old movies in which he co-starred with Spike the Bee. Finally, when Jiminy asks why Donald never got married, Daisy Duck enters and gives Jiminy Donald's diary to explain. The show closes when Jiminy invites over Mickey Mouse and a parade of dozens and dozens of Disney cartoon characters to pay tribute to Donald. Donald is extremely touched as his nephews ask "Isn't this nice, Uncle Donald?" and he responds "Oh, yes." 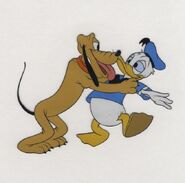 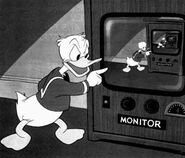 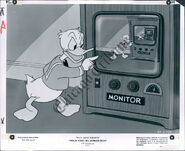 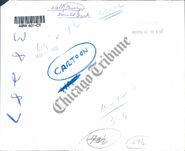 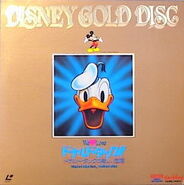