Orbiting Lothal, an Imperial light cruiser with Agent Kallus and Lieutenant Lyste are on board. They are at battle stations because a shuttle has been reported stolen from the Lothal Spaceport and they are moving in to intercept before it can escape. The pursuing TIE Fighters disable the shuttle and the cruiser catches it in a tractor beam. After docking the shuttle, Kallus attends the boarding party. Two Stormtroopers have the thief in custody, who turns out to be Ezra Bridger, along with his two droids Chopper and AP-5. Kallus has Ezra taken to the brig, and as soon as they are alone Ezra brings up his reason for being captured. The Rebels think the Empire is onto Kallus, and he has come to rescue him before they capture and execute him for treason. Just then Lieutenant Lyste shows up to inform Kallus that Grand Admiral Thrawn's fleet has arrived and has summoned the both of them aboard his ship. Lyste also brings along Ezra so he can show the Grand Admiral how effective he is when dealing with a Rebel threat. Accompanied by Chopper and AP-5, Kallus, Lyste, and Ezra arrive on Thrawn's Star Destroyer by shuttle, and after sending Ezra to the brig the two Imperial officers make their way to the Grand Admiral's office. Meanwhile, Chopper and AP-5 report back to Kanan Jarrus and Rex of their current situation. Hearing that they are aboard Thrawn's Star Destroyer, their plan to rescue them has become more complicated. They cannot use their clearance codes to get aboard because they are for light cruisers. So Chopper and AP-5 need to get the ones for Thrawn's Star Destroyer, but that is easier said than done since they cannot just download them from a basic terminal. They need to find an officer's port.

Kallus and Lyste arrive at Thrawn's office, where they find Thrawn practicing his combat skills. As they enter the office, they are greeted by Admiral Konstantine and Colonel Wullf Yularen of the Imperial Security Bureau. Kallus knows Colonel Yularen, as he was one of his star pupils at the academy. Just then, Thrawn arrives, who explains Yularen's reasons for coming to Lothal. He briefs Kallus and Lyste about the possibility of a Rebel spy in their midst, and with Yularen's assistance they intend to uncover his identity, much to Kallus' worries. He also notes that few are among suspicion, including Kallus and Lyste. So they will eventually be questioned. Thrawn finds it essential that they find their spy, since he is on the verge of locating the Rebel's secret base, leaving Kallus even more concerned. With the interview over, Kallus and Lyste are dismissed from Thrawn's office. They bump into Governor Pryce, who congratulates Lyste on his success in apprehending the thief of the stolen shuttle, much to his delight. As the two officers walk away, Kallus warns Lyste to be cautious with the Governor. He convinces him to suspect that Governor Pryce is the Rebel spy, and as he does so he switches his code cylinder with his own. Lyste falls for it, and sets out to keep an eye on her. Meanwhile Governor Pryce visits Thrawn and Yularen in the office. It turns out the interviews were part of a plan Thrawn had set up in hopes of exposing the identity of their Rebel spy. Giving away the fact that he is close to finding the Rebel base, he hopes the spy will take the bait and warn the Rebels. Colonel Yularen also has a lead. He had just received word that a coded Rebel message was beamed from their ship right after Ezra was transferred to the detention block.

Down in the detention block, Kallus shows up at Ezra's cell, where he finds AP-5 and Chopper arguing over what to do first: free Ezra or get the clearance codes. Kallus deactivates the security systems and enters Ezra's cell. He tells him about Thrawn's progress in locating the Rebel's base, and they need to remove it from his data base before he pins it down. With Ezra disguised as Lieutenant Lyste, the four of them sneak back into Thrawn's office. They gain access to the clearance codes for Thrawn's ship, and transmit them to Kanan and Rex. Then they erase Atollon from Thrawn's data base and switch it with another planet. However, they receive word from AP-5 that Thrawn is coming back. Ezra and Chopper hide behind one of the pieces of art on display while Kallus hides in Thrawn's private gym. Noticing the Sentry Droids, Kallus reprograms them to attack Thrawn as a distraction, allowing Ezra, Chopper, and himself to escape. However, Thrawn catches the site of Ezra fleeing, mistaking him for Lyste. After taking out his two Sentry Droids, he alerts Colonel Yularen.

Meanwhile, Kanan and Rex arrive at Lothal, and using the codes they had received board Thrawn's ship disguised as Stormtroopers. However, the Imperials are onto them, and Governor Pryce shows up to arrest them. When Kanan tries to use a Jedi mind trick on her, she has him shot him with a stun blast, and then tackles Rex, all while Lieutenant Lyste is watching nearby. Seeing her fight off a trooper, and not knowing that a Rebel was in that armor, makes him assume that Pryce is the traitor. Pryce quickly overpowers Rex in physical combat, and just before she can shoot him she is hit by a stung blast from Lyste. Ezra, Chopper, and AP-5 board the shuttle, but Kallus chooses to stay behind. He knocks out Lyste and switches back his code cylinder. Then as the Rebels flee, Colonel Yularen and Imperial forces arrive in time to see Kallus accuse Lyste of being the Rebel spy.

Later, Kallus, Pryce, Konstantine and Yularen are all gathered with Thrawn in his office, discussing the proof they have against Lyste. They all congratulate Kallus for capturing him, and everyone is dismissed. However, Colonel Yularen remains for a private conversation with Thrawn. It turns out they do not actually believe that Lyste is the Rebel spy known as "Fulcrum", and Thrawn confirms that Kallus is, much to the Colonel's shock. He finds it hard to believe that one of his own students was capable of betrayal. However, Thrawn does not intend on arresting him just yet, as he believes that agent "Fulcrum" may prove useful in the Empire's fight against the Rebellion. 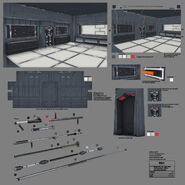 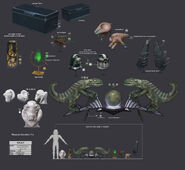 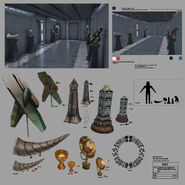 "What are you looking at, Imperial Scum!?"

Kallus and Yularen greet each other

"Because Agent Kallus is Fulcrum."

Retrieved from "https://disney.fandom.com/wiki/Through_Imperial_Eyes?oldid=3369262"
Community content is available under CC-BY-SA unless otherwise noted.