Timothy Daniel "Tim" Considine was an American former child actor of the late 1950s and early 1960s, who played Buzz Miller in The Shaggy Dog. He also appeared in The Mickey Mouse Club as himself and in various serials, like Spin and Marty, The Hardy Boys, and Annette. In 2000, Considine and David Stollery, his co-star in the Spin and Marty serials, made cameo appearances in The New Adventures of Spin and Marty: Suspect Behavior, a made-for-TV movie on the ABC network.

Considine was born to a show business family with vaudeville, theatre and film background. He made his debut in 1953's The Clown. His other film credits include Executive Suite, Her Twelve Men, Unchained, The Private War of Major Benson, Sunrise at Campobello, Patton, and The Daring Dobermans.

On television, Considine become well known for his portrayal of Mike Douglas, in the first years of the long-running television series My Three Sons with Fred MacMurray, where he also wrote and directed some episodes. He also appeared in guest spots in Bonanza, Johnny Ringo, Gunsmoke, Ironside, Medical Center, Cheyenne, Legend, The Untouchables, The Smith Family, and Simon & Simon.

As an adult, Considine was an automobile historian, photographer, and writer who specializes in motor sports. He is the author of The Photographic Dictionary of Soccer, The Language of Sport, and American Grand Prix Racing: A Century of Drivers and Cars. In 2006, he was honored as a Disney Legend alongside Shaggy Dog castmates Tommy Kirk and Kevin Corcoran. 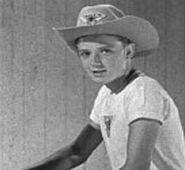 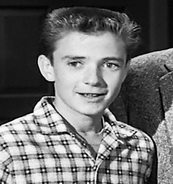 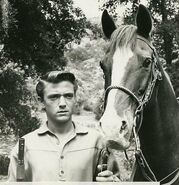