Alice Zenobia and Penelope Athena
Elizabeth Stamatina "Tina" Fey is an American actress, comedian, writer, and producer, who is best known for being a cast member on the NBC late-night sketch comedy and variety show Saturday Night Live from 1998 to 2006 and as Liz Lemon on the NBC comedy series 30 Rock from 2006 to 2013. She is also known as the writer and actress of the 2004 teen comedy film, Mean Girls as Ms. Norbury, and also voiced Roxanne Ritchi in the DreamWorks animated film, Megamind.

For Disney, she posed as Tinker Bell in "Where You Never Have to Grow Up" in the Disney Dream Portrait Series. She also portrayed Nadya in Muppets Most Wanted, voiced Annabelle Johnson in Phineas and Ferb and Lisa in Ponyo, and narrated the 2015 Disneynature film, Monkey Kingdom. She also voiced 22 in Disney/Pixar's Soul and made a voice cameo as Keith's mom in Free Guy.

She is also best friends with Amy Poehler. 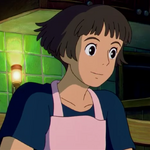 Joe Gardner
(Soul; when possessed by 22)

Tina Fey with Sweetums at Disney's Hollywood Studios, outside the Stage 1 Company Store.

Tina Fey poses at her book signing of her new novel Bossypants at Barnes & Noble Union Square in New York City in April 2011.

Tina Fey at the premiere of Muppets Most Wanted in March 2014.