Adventure, having fun, not going to school, practical jokes, hanging out with Jacobo and Shelton

School (formerly), learning and reading, rules he doesn't agree with

Conrad Fleem (uncle)
Agent G (adoptive grandfather)
Agent B (adoptive grandmother)
Todd Bartholomew Daring[3] is the lazy, trouble-making, and self-centered one of the siblings in The Replacements.

Personality & Role in the series

He and Riley are the adopted children of Agent K and Dick Daring. He is 11 in the first season, and 12 in the second season. He usually uses the Fleemco phone to replace people for selfish purposes. He is best friends with Jacobo Jacobo. In an episode, it is revealed that Todd has a talent for singing, which resulted in his family forcing him to join the school choir, along with Shelton Klutzberry and the twins. Todd loves the Monkey Cop movie series as well as playing the GameCone (parody of Nintendo's GameCube) video game console. He hates school, learning, and reading which forces him to replace the librarian in another episode. His catch phrases include "Don't judge me" and "Sweet." In "Ratted Out" for the first time, Todd sings the second verse to "My Rat Buddy" at the end of the episode. In season two, Todd still has feelings for Sierra after the one-time bond between the two after the parody of Star Trek club. In the episode "Tasumi Unmasked", Todd formed his own one-man band and battles against the mailman for his "Game Cone 4". Todd has a stuffed elephant named Mr. Wiggles.

As mentioned above, Todd is mostly self-centered, idle and troublesome. Todd doesn't witness the consequences, he just does what he finds fun. He uses the phone to replace people for selfish purposes, even though they aren't a threat to him. He gets bad grades at school, and is jealous of Jacobo. However, despite being immature and agitating, Todd does love K, Dick and Riley. Such as the time when he tried to save her from Fleembot's rage. He is sort of friendly and has crushes on girls.

In both seasons 1 & 2, Todd wears a red v-neck jersey shirt with black and white stripes, dark green cargo shorts, and black shoes with a red stripe. But in season 2, his shorts changed to blue jeans. 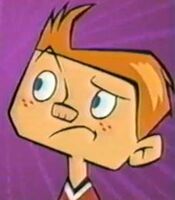 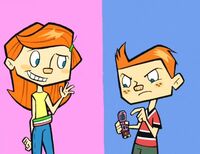 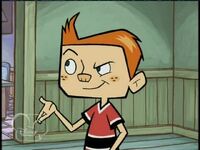 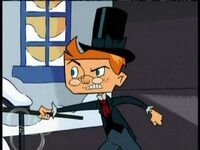 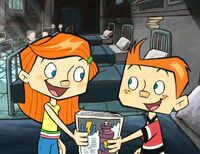 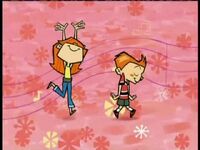 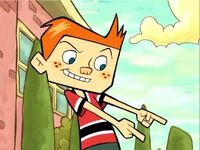 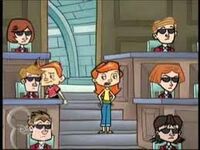 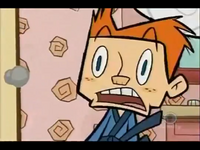 Todd co-running the replacement program with his sister, Riley