1975-present
Thomas Edward "Tom" Hulce is an American actor, voice actor, singer, and producer. He is known for his role as Larry "Pinto" Kroger in the 1978 comedy Animal House and the titular role in the 1984 biographical drama Amadeus.

For Disney, he voiced Quasimodo in the 1996 Disney animated feature film, The Hunchback of Notre Dame and its 2002 sequel. 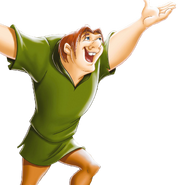 Tom Hulce behind the scenes of The Hunchback of Notre Dame. 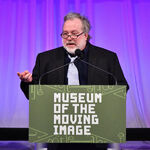 Tom Hulce giving a speech during the Museum of the Moving Image Salute to Annette Bening in New York City in December 2017.