English
Tomorrowland is an upcoming science fiction film written by Damon Lindelof and Jeff Jensen and directed by Brad Bird. It stars George Clooney in the leading role, with Hugh Laurie as the primary villain.

Walt Disney Studios announced the film under the working title 1952, until it was renamed, sharing its name with the science-fiction themed land found at various Magic Kingdom-themed Disney parks.

The film is scheduled to be released by Walt Disney Pictures on May 22, 2015.

A teenage girl, a genius middle-aged man (who was kicked out of Tomorrowland) and a pre-pubescent girl robot attempt to get to and unravel what happened to Tomorrowland, which exists in an alternative dimension, in order to save Earth.

The Walt Disney Studios has announced that its live-action release previously known as 1952 will be titled Tomorrowland. The film will be released domestically on December 19, 2014. George Clooney (ER, Ocean's Trilogy, Syriana, The Descendants) is set to star. It was also reported in February 2013 that Hugh Laurie (House) will star as the primary villain for the film. Principal photography began in Vancouver, BC on August 26th, 2013.

Tomorrowland is written by Damon Lindelof and Brad Bird from a concept by Lindelof and Jeff Jensen. Lindelof (Star Trek, Lost, Prometheus) will produce, and Bird (The Incredibles, Mission: Impossible – Ghost Protocol) will produce and direct.

Beginning in July of 2013, Walt Disney Imagineering and the Walt Disney Studios partnered to launch The Optimist, which acted as a promotional alternate reality game which set up several key plot points which will be unveiled in Tomorrowland. 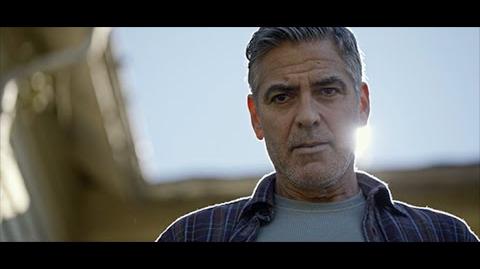 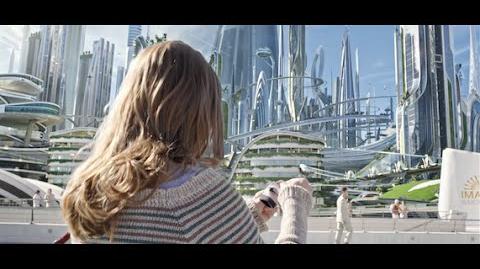 Tomorrowland Trailer 3
Add a photo to this gallery

The Disney Wiki has a collection of images and media related to Tomorrowland (film).

Retrieved from "https://disney.fandom.com/wiki/Tomorrowland_(film)?oldid=1688362"
Community content is available under CC-BY-SA unless otherwise noted.