The Weasel Patrol
The Weasels

Invulnerability
The Toon Patrol are a gang of Toon anthropomorphic weasels who serve as henchmen to Judge Doom and the secondary antagonists in the 1988 live-action/animated film, Who Framed Roger Rabbit.

In the film, the Toon Patrol are the law enforcers of Toontown, although they behave less like law enforcers and more like gangsters and crooks due to their behaviors. Judge Doom has hired them to arrest Roger Rabbit for the murder of Marvin Acme. Their vehicle is a real-life black 1937 Dodge Humpback panel truck which serves as a paddy wagon. The vehicle is fitted with official City of Los Angeles "Toon Patrol" decals on the front doors.

Like all the other Toons in the movie, the Toon Patrol are invincible to physical body harm except from the chemical blend called "The Dip."

In the case of the weasels, it is shown that prolonged laughter is also lethal to them; while Eddie Valiant jokes around in front of them during the climax of the film, all except their leader Smarty die from laughing at him; Smarty meets his demise after Valiant crotch-kicks him into a vat of The Dip. Whether or not the weasels knew that Doom was a Toon himself is never confirmed, but their relationship with him may hint that they had no knowledge of such.

The design of the Toon Patrol and their switchblades was inspired by the weasels in the 1949 Disney cartoon, The Wind in the Willows. 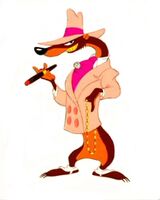 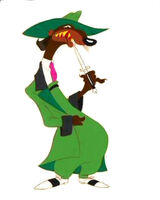 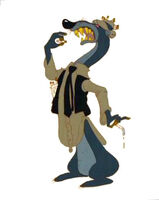 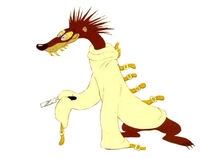 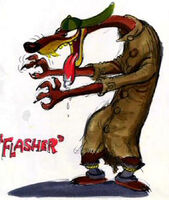 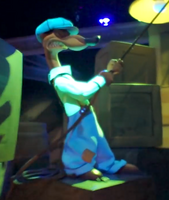