“Are you Toon enough?”
―Tagline

Toontown Online was a massively multiplayer online role-playing game, developed by Disney Interactive and published by the Walt Disney Company. The beta game was released in the United States for PC on August 2001 and officially launched on June 2, 2003. Versions were released later in Japan and the United Kingdom in 2004, France and Germany in 2005, Brazil in 2006, and Southeast Asia in 2007.

Toontown Online's story centered on an ongoing battle between a population of cartoon animals known as the Toons and a collection of business-minded robots known as the Cogs who are trying to take over the town. Players would choose and customize their own Toon and go on to complete Toontasks, play mini-games, and fight the Cogs.

The game was positively received in general, attaining an aggregate score of 82 percent from GameRankings and 81 percent from Metacritic. Critics praised the game for its ability to incorporate aspects pleasurable for the whole family, such as team battling and mini-games; however, some reviewers criticized the game's repetitiveness in the long-run and failure to offer new content for veteran players. The game won several awards from numerous gaming websites and magazines, including Computer Gaming World's MMORPG of the Year.

The Toontown Online online servers were shut down and/or merged over the years, with the final server to close being the United States (then merged with the United Kingdom) on September 19, 2013.[1] A month before the closure, Disney released a statement that the company would be "shifting its focus to other online and mobile play experiences", such as Club Penguin and a growing selection of mobile apps.[2]

Players could create characters called "Toons". Players were able to customize their Toons in various shapes, colors, clothes and sizes, as well as their species, with choices consisting of cats, dogs, ducks, mice, pigs, rabbits, bears, horses, and monkeys.

"Cogs" were the antagonists in-game, stylized to be corporate robots that wanted to take over the town to propagate business culture. Cogs came in four types: Bossbots, Lawbots, Cashbots, and Sellbots, each with increasing levels throughout the game that increased their health and damage.

Toons began with basic "Gags" and a 15-point "Laff" meter. Gags, rooted in old cartoon slapstick humor, were weapons used to destroy the Cogs in Cog battles. Each "gag track" had Gags with different properties that could be unlocked by completing "Toontasks", and each gag track would get progressively more powerful as Toons used their gags more. The Laff meter functioned as health meter, representing how much damage Toons could take from the Cogs before going "sad" - in-game death. Cogs were battled using a timed turn-based combat system with up to four Toons in a battle. Cogs could be fought on the streets of the game, in "Cog buildings" or in their own designated "Cog HQ".

Playgrounds were the only areas of Toontown permanently safe from Cogs. In the playgrounds, Toons could regain lost Laff points, receive or complete toontasks unique to each playground, purchase gags, play trolley games, or go fishing. By completing toontasks, Toons would grow in strength through additional Laff points or new Gags. There was a playground in each "neighborhood" of Toontown. Each playground featured one of Disney's classic animated characters as a non-player character. These playgrounds consisted of the following: Toontown Central, Daisy Gardens, Donald's Dock, Minnie's Melodyland, The Brrrgh, Donald's Dreamland, Goofy's Speedway, and Chip & Dale's Acorn Acres.

Every Toontown Online account came with a player's estate. Each estate consisted of six houses for each Toon on the player's account. Players could customize their Toon's appearance and house with objects ordered from the in-game catalog in exchange for jellybeans, the in-game currency. Wardrobes held clothing and accessories that were not being worn. Other elements of estates included Doodles (pets), gardening, fishing, cannons.

Toontown offered non-combat activities for players to earn jellybeans, additional Laff points, and other bonuses that could be used in the game. These included trolley games (a collection of minigames), fishing, gardening, kart racing, mini-golf and more.

Toontown Online was marketed towards and developed towards all ages. Therefore, a chat restriction was placed on the game. Players could only chat using "SpeedChat", a list of pre-approved phrases set by Disney that the player could select. It included general English phrases, in-game strategy phrases, and, occasionally, seasonal phrases. Players could purchase more SpeedChat phrases using jellybeans. "SpeedChat Plus" and "True Friends" were introduced some time after the game's release, which had to be enabled using a parental account if the player was under 13 years of age. SpeedChat Plus allowed the player to type their own messages against a word filter developed by Disney; if a word was not allowed, it was replaced with an onomatopoeia of that player's Toon's species. True Friends allowed players to chat with a less-restrictive filter with certain friends whom have shared a "True Friend code" with each other.[3]

Toontown Online featured two types of accounts: free accounts, and paid member accounts. Originally, free accounts were only allowed three days of unrestricted gameplay before being forced to pay for a membership.[citation needed] This was changed in 2007 to allow free players to play for an unlimited time with certain restrictions on the game.[citation needed] These restrictions originally meant that Toons were bound to the starting neighborhood (Toontown Central) and its buildings and streets, as well as Goofy Speedway where the racing events took place. Toons were also only allowed to complete Toontasks up until the final one that would allow them access to their third gag track.[citation needed] This was changed to allow free players to roam in the streets of all the neighborhoods, and to complete the final Toontask for the third gag track. However, free players could still only enter buildings in Toontown Central and were not allowed to enter the Cogs HQs or Cog buildings outside of Toontown Central. Paid members were allowed complete and unrestricted gameplay for the duration of their subscription. Options included monthly, semi-annually, and annually subscriptions. This unlocked access to things such as house furniture, golfing, and access to Cog HQs & buildings outside of Toontown Central.

Platform Publishing, a subsidiary company of Sony Online Entertainment that publishes games for third-party developers, announced on August 25, 2005 it had acquired rights to publish a CD version of Toontown Online for the PC and bring the game to online game consoles.[4][5][6] Toontown Online became available on CD for the PC on October 3, 2005.[7] This allowed players to play the game without downloading it onto their storage devices. This version came in a box set with two months of subscription, a poster, a game manual, and an in-game bonus.[8] Toontown Online chose to create a CD that could be purchased in stores due to customer insecurity when downloading and buying things online that they could not physically hold.[9]

On August 20, 2013, Disney announced that after 10 years of operation, Disney's Toontown Online was being shut down permanently on September 19, 2013.[2][10] Subsequently, every player was given membership for the remaining time of the game. Seasonal and holiday celebrations and special in-game events took place in the time remaining. Recurring paid memberships were automatically cancelled, memberships could no longer be purchased and accounts could no longer be created.[10] The website was also updated with a closing FAQ.[11]

The main Toontown Online website was not due for closure until another year. The game remained open for a month after the announcement, finally closing on the set date, September 19, 2013, at 11:59 A.M. Pacific Standard Time.[1] After the game's closure, Toontown's website was updated with a new FAQ to help with billing support and inform users about the game's closure.[1] Petitions are continuously signed by fans regardless of the closure. Toontown's site, toontown.go.com, now redirects to Disney's main site, disney.com.

In response to the closure, former players have created multiple private servers of Toontown Online. The most popular server, Toontown Rewritten, is described by its developers as "a fan-made revival of Disney's Toontown Online, created using publicly available downloads and information made freely available to the general public."[12]

In June 2015, Jesse Schell hinted that Toontown Online closed due to becoming unsustainable in its business model (subscription-based downloadable RPG). Rumors were being spread that Microsoft was interested in purchasing Toontown Online if it could become mobile-friendly, and Jesse Schell confirmed that Disney wanted to be able to port the game to mobile devices, but there's no working business model for self-sustaining, constantly-updating RPGs on mobile devices as of yet.

Contrary to popular belief, Disney did not abandon Toontown Online or close it in spite of their userbase. The company has hosted internal meetings discussing the future of the game, taking the popularity of mobile games and the payment options available on that platform into consideration for planning the next step for Toontown Online and the Toontown license. A solution has yet to be agreed upon, but as of 2017, these internal meetings still continue. 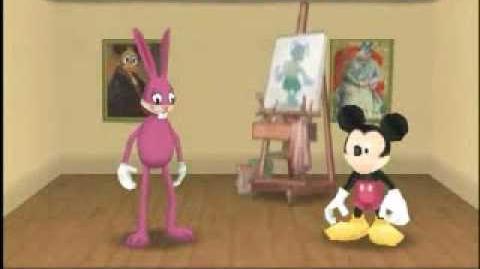 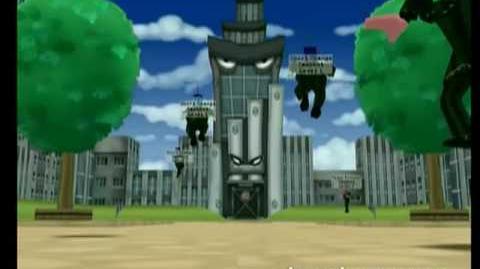