Love itself (formerly), her children getting in trouble, having less A's than Stuart Minkus, being called Tiffy 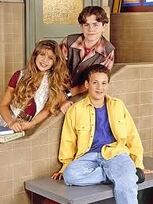 Retrieved from "https://disney.fandom.com/wiki/Topanga_Matthews?oldid=4409593"
Community content is available under CC-BY-SA unless otherwise noted.