Ronin Willingham
Travis Hampton Willingham is an American actor and voice actor. He is best known for his roles as Roy Mustang in Fullmetal Alchemist, Portgas D. Ace in One Piece, Takashi Morinozuka in Ouran High School Host Club, Zetsu in Naruto Shippuden, the Dragon Ball villain Cell in a few video games, such as the Raging Blast series and Ultimate Tenkaichi, Guile in the Street Fighter franchise since 2009, and as the voice of Knuckles the Echidna in the Sonic the Hedgehog video game franchise from 2010 to 2018. He is also known for his roles as Grog Strongjaw and Fjord in the Dungeons & Dragons webseries Critical Role, as well as Cameron Campbell in the Rooster Teeth webseries, Camp Camp.

For Disney, he voiced King Roland II in the 2012 Disney animated TV film, Sofia the First: Once Upon a Princess and its follow up animated series and Thor Odinson in Ultimate Spider-Man, Avengers Assemble, Hulk and the Agents of S.M.A.S.H., Guardians of the Galaxy, and Phineas and Ferb: Mission Marvel. He also played Travis Finley in The Guardian and Jaro Tapal in Star Wars Jedi: Fallen Order. Additionally, he voices Foreteller Aced in the χ Back Cover cinematic cutscenes from the video game, Kingdom Hearts HD II.8 Final Chapter Prologue and the Secret Ending of Kingdom Hearts III. Various other roles are listed below.

King Roland I
(Sofia the First)

Thor Odinson
(Ultimate Spider-Man, Avengers Assemble, Hulk and the Agents of S.M.A.S.H., Guardians of the Galaxy, and Phineas and Ferb: Mission Marvel) 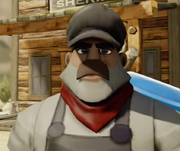 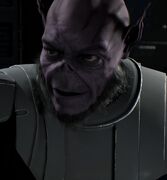 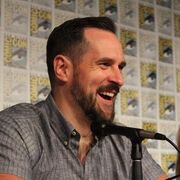 Travis Willingham and his wife, Laura Bailey at the premiere of Guardians of the Galaxy in July 2014. 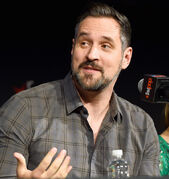