Prince (pet dog)
Trish De la Rosa is the one of the tritagonists of Austin & Ally. She is a 15-year-old fashionista, who becomes Austin's personal stylist and manager. She's also Ally's best friend. She's known to wear a lot of weird uniforms because she goes through lots of jobs. She tends to get annoyed with Dez often. They are currently frenemies. They have a strong love-hate relationship. She is portrayed by Raini Rodriguez.

Trish is a fun-loving, lazy, selfish, and sometimes sarcastic girl. She is constantly getting hired and then fired from job after job because she does not apply herself, dislikes work, and is often not there to work, has a lack of effort and responsibility, and uses the items from her jobs for selfish use, and her parents force her to get a job because of irresponsibility. She is Ally's best friend and Austin’s manager. Even though her wild schemes sometimes lead to trouble, she can always count on her friends to help her out of any kind of jam. She likes angry, bitter, and mean people, as shown in Rockers & Writers, Bloggers & Butterflies, and Deejays & Demos.

Best Friend Ally is Trish's best friend since kindergarten. They are very close and are always hanging out with each other. Trish can get herself into a lot of situations, but she can always count on Ally to get her out of anything.

Friend Trish is Austin's manager for his music career. They are just friends

Dez and Trish are friends although they argue a lot. Trish often gets annoyed by Dez but Dez is usually nice to Trish.

Siblings Trish and JJ are siblings. Trish lets JJ do his magic act at her quinceañera even though he could barely do a simple trick. They seem to make fun of each other often but they still love each other a lot.

Trish is known for always getting new jobs at the mall and then getting fired because she is a horrible employee.

She is Austin Moon's manager. That means she loves getting him book at places where he can do an awesome performance. She was fired temporarily in Managers & Meatballs when Demonica Dixon had her assistant pretend to be Trish and move Austin's timeslot so he would miss it.!

She worked at Cupcake City for a short time. The employees get all the reject cupcakes, so Trish gave Ally the one she dropped on the floor. She got fired from this job because being a horrible-known employee grounds for terminated.

She worked here for a short amount of time. She lost a giant snake in Sonic Boom that could possibly be poisonous. She got fired from this job for losing a snake.

When they were preparing to go on the Helen Show, Trish says, "It was so worth quitting my job at the mug store to come here." She quits to work as Austin's manager, and but the good news is that she and Dez paid for the mugs outside the mug store.

Trish worked here for a short time. She got the jobs by convincing the managers she was a yo-yo champion from the island of "Wu." They eventually found out about her lie and she was fired.

Trish got a job at the dry cleaners, but after messing up orders (for example, she takes a jacket and it gets dumped in caramel, then she ends up shrinking and turning it pink) and not showing up work very much, she got fired.

It is unknown how long she worked here but in Secrets & Songbooks she said, "Man, I hated this job. All those desperate people looking for stuff they'll never see for the rest of their life."

Cheese Out of My League (fired)

Trish was hired at this store in Zaliens & Cloud Watchers. The suit she has to wear is made out of actual cheese even her underwear. Got fired for her suit to melt.

Trish was hired at this store in Zaliens & Cloud Watchers. In the end of the episode she gets a shirt with a picture of Dez on it and Dez got a shirt that was discounted for being Trish's friend. She got fired for possibly giving someone a discount without the boss's permission.

She was the hall monitor in kindergarten, but when Trish made profit by having people going to the bathroom by paying her.

Trish was hired here in Tickets & Trashbags. She first walked in there speaking in the megaphone and tells Austin and them that she got "Shiney Money" to perform with Austin by using the siren on the megaphone at his house till he saw Austin's video. Then Dez said he hated that sound and she kept making it to annoy him. She told her boss she quit because she wanted to get a job at the Dress Shop so she could get a nice dress for the Miami Music Awards but her boss told her she was already fired.

It's a Racket (fired)

She got fired for hitting Dez with a racket, or took a racket and the tennis ball machine from the store.

Evidently a greeting card store that literally has greeting cards for every occasion. She got fired for disorganizing the cards.

During the episode, "Soups & Stars," Trish worked as a waitress for the owner, who is also her old 3rd grade teacher. It is unknown if she was fired, but may have been fired off screen, as she would continue her routine of getting new jobs and getting fired. It is shown that Ms. Suzy actually has to sing the instructions for her.

Waitress at the Melody Diner (quit)

In the episode Diners & Daters, Trish worked as a waitress for the Melody's diner, having Mindy as her bossy manager. She also gets a waiter spot for Austin since he wants to get closer to a girl named Cassidy. She was fired because she refused to get more chicken pot pie for Dez and also because she defended Dez. 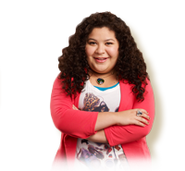