Not much is known about the plot, although it is very likely that actor Cillian Murphy would have played Edward Dillinger, Jr. who may be the villain. Bruce Boxleitner has mentioned in an interview that he believes Disney will "get the ball rolling next year", and has confirmed rumors of Dillinger Jr. returning: "Let's just say...Cillian Murphy doesn't do cameos".

This rumor started with a leak about a Tron: Ascension teaser trailer that was supposedly going to be released with the DVD and Blu-ray Discs in April 2011. Footage shot for the "teaser" has been certified by Disney, and some of it is featured in Tron: The Next Day - an exclusive 10-minute short depicting the history of the Flynn Lives movement and essentially bridging the gap between Tron, Legacy, and a possible third installment - which is only available on the Blu-ray release of the film. The said release features another scene as one of the hidden "Easter Eggs" that are only on the US Blu-ray. The scenes that are classified by fans as a link to Tron: Ascension are:

The co writers of TRON: Legacy were interviewed at the 2012 WonderCon about the third TRON film. They told them: "We are working on a sequel", said Adam Horowitz. "Eddie and I aren't writing the sequel -- because of the show Once Upon a Time we've moved to be co-producers on it. But there's a script being written right now." "Dave DiGilio is writing it," added Kitsis. "Joseph Kosinski is right now shooting Oblivion, but we've had a lot of meetings and conversations and we've seen the first draft of the Tron sequel." The two were asked about the possible return of Kevin Flynn. Adam Horowitz responded, "I would say the definition of life and death in the digital realm --" finished Kitsis, "Will be explored in the sequel!" Concerning the possible return of Quorra (played by Olivia Wilde in Legacy), Horowitz moved to the next roundtable.

In December 2012, Jesse Wigutow was reported to be working on the latest version of the script, and Joseph Kosinski was interviewed about the movie, discussing such details as the movie's scale, in-universe lapse of time since Legacy, bringing new designs to the film, and possible involvement by Daft Punk.

In September 2013, Kosinski said: "The TRON sequel is still in early stages, it’s still in the script stage. So I can’t say if and when that would go into production but the fundamental idea of the movie is something I’m very excited about, it delivers on the ideas that we set up in Legacy, especially at the end in the last five minutes, so that one is a work in progress."[1]

On January 15, 2014, Bruce Boxleitner stated in an interview: "All I know is, they don’t tell me anything, but they want to do it I would say probably the end of this year, for 2015 maybe," Boxleitner said. "They don’t have any dates but I’m thinking from the scuttlebutt I’m hearing that’s it, but I don’t know anything for sure other than they do have a script they love, they’re still tweaking." The film may also take place more in the real world than in the past according to the recent interview: "That’s what I’m told, but you didn’t hear me say that," Boxleitner joked. "I think it’s going to be a lot about taking the company back because if you remember Sam Flynn says to Alan at the end, just before he rides his bike off into the sunrise with Quorra, says, ‘We’re going to take the company back.’ That’s not the end of the movie. That’s the beginning of the next one. That’s foreshadowing. And you don’t get Cillian Murphy to do an unscripted cameo" and "I got a feeling Eddie Dillinger Jr.’s going to be as bad as his dad was."[2] In March 2015, it was revealed that Disney has greenlit the third film with Hedlund reprising his role as Sam and Kosinski returning to direct the sequel. Wilde was revealed in April to be returning as Quorra. Filming is expected to start in Vancouver in October 2015 with the rumored title Tron: Ascension.[3][4][5][6]

The film was reported to be scrapped on May 30, 2015.[7] Olivia Wilde stated on her Twitter account in June that it had been halted, saying: "Tron fans! Don't trip. Now I don't have to live on seaweed juice and tofu dust for 6 months to fit into a rubber suit."[8] In late July, Bruce Boxleitner stated that he had heard about the film being in pre-production while he was shooting Cedar Cove, but became upset when it had been reported to be cancelled. Saying that he thought Disney is trying to "play it safe", Bruce added that it has caused him to lose his interest of reprising his role as Alan in the future, saying: "I don't really care anymore. I'm done with it. I've moved on. I hate to say that but it's been too up and down for me. I would rather not just keep going. I don't want to repeat my career anymore."[9]

However, in September 2015, Hedlund stated that he was told that the third Tron film was not "totally dead", but jokingly suggested that it could be released 30 years later, referencing the 30-year gap between the first film and Legacy.[10] In August 2016, former Disney development executive Brigham Taylor told ScreenRant that "there’s obviously been conversations", referring to the possibility of a sequel. On February 28, 2017, during a Q&A session with Joseph Kosinski, he revealed that Tron 3 has not been scrapped, instead saying it was in "cryogenic freeze". A few days later, it was announced that Disney is looking into rebooting the franchise with Jared Leto attached to portray a new character named Ares, who originated from the Tron 3 script. 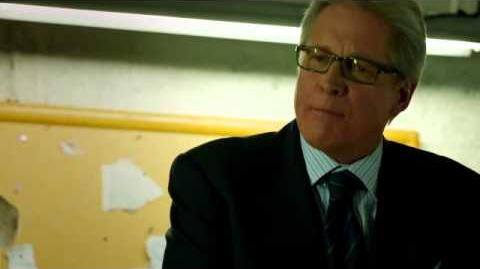 Flynn Lives (so does Ram) 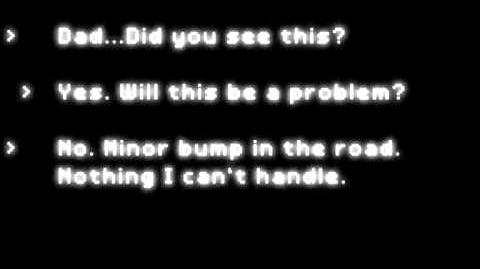