First-person shooter
Tron 2.0 is a first-person shooter computer game developed by Monolith Productions. According to Tron creator Steven Lisberger, Tron 2.0 was the official sequel to the 1982 film Tron, but was later declared non-canon by Tron: Legacy director Joseph Kosinski. The PC version of the game was released by Buena Vista Games on August 26, 2003. The Mac version was released by MacPlay on April 21, 2004.

Bruce Boxleitner reprises his role from the original film as Alan Bradley. Cindy Morgan, who also starred in the original film, voices a new character Ma3a, although Lora Bradley (now Alan's wife, deceased by the game's timeframe) is mentioned by name. Rebecca Romijn provides the voice of Mercury. A new 'light cycle' design was contributed to the game by Syd Mead. The game explained the Tron arcade game, which appears in-game, and film as based on Kevin Flynn's experiences inside ENCOM in the original film.

The story is centered around Alan's son Jethro ("Jet") Bradley. Since the film's events, ENCOM has been taken over by a company called Future Control Industries (fCon). After talking with his father who is kidnapped while on the phone with Jet, Jet is digitized by Ma3a, Alan's AI computer system, to aid her against Thorne, an executive from fCon improperly digitized into the computer who is now a virus throughout the system. Jet is mistakenly identified as the source of the corruption and captured by Kernel, the systems security control program.

After deciding that Jet is corrupted, Kernel spares Jet on the recommendation of Mercury, another program tasked to help Ma3a, and Jet is sent to the lightcycles game program. After winning several matches, Jet escapes the match with Mercury's help. After they find Ma3a, the server, corrupted beyond saving, is reformatted resulting in Mercury's demise. Jet escapes to the Internet with Ma3a and an uncompiled copy of Tron Legacy, an update of the original 'Tron' program written by Alan Bradley to protect Ma3a. After finding a compiling program on the Internet, Thorne appears to kill Ma3a while the Tron code is compiled and attached to her program. During this, Jet receives a communication from Guest, the User who had assigned Mercury to help Jet. Accessing a video uplink, Jet realizes too late that Guest is his father Alan, locked in a storage closet by fCon's officers Baza, Popoff, and Crowne, begging him not to compile the Legacy program. Legacy activates, revealing that its sole function is to kill any User in the digital world. Jet escapes, and fCon inadvertently saves him by capturing Ma3a in a search program.

Having recovered the correction algorithms necessary to digitize a human, Alan is sent to Thorne's corrupted server. Assisting the ICPs and Kernel, Jet reaches Thorne at the heart of the server and kills Kernel before he can destroy Thorne. Thorne, regaining a moment of lucidity, begs for forgiveness and tells Jet how to enter fCon's server.

Alan and Jet break into fCon's server, which the corporation is planning to use to distribute Datawraiths - digitized human hackers - across the worldwide information network. After Alan and Jet crash the server, the CEO of fCon (possibly Dillinger of the original film, though this is never confirmed) orders Baza, Popoff, and Crowne into the system themselves. Alan, wanting to verify the purity of the correction algorithms, removes them to inspect them as the three are digitized, resulting in a monstrous amalgam of the three, which chases Jet into the digitizing beam; whereupon Jet diverts the three out of the beam and escapes the computer.

The game, like the film, is set "inside" a computer and cheerfully uses and abuses computing conventions: players will find themselves in the flaming red environment of a firewall and the minimalistic white one of a PDA, battle viruses while fleeing a format, and wield a sniper rifle known as the LOL, additionally amplifying the damage with a skill called Megahurtz.

Programs in the systems also bear various names - ordinary programs have ordinary first names such as Frank_381 or Brian.exe, ICP programs have names resembling system tools such as servwatch.exe or sssys.dll, viruses have garbled names such as HA-HA-HA-0X0->??? or 0XFFOOXXOR (one of them is called Durandal, while another is (Ra*mpa^ncy), two obvious references to Marathon), resource hogs are named after parodies of popular software such as reelplyr.exe, netscope.exe or ImageShop5.0.exe, major viruses have script names such as viral_launcher.pyc and viral_pickup.pl, and Datawraiths, being in essence digitized humans, feature email addresses such as AndyG@fcon.net or GeoffK@fcon.net.

The leveling / experience point is represented as software versioning, and skills are subroutines Jet must earn. Depending on the environment, the player can only arm itself with a given amount that fits in the available memory. If attacked by viruses, subroutines can get fragmented or infected, and cannot be used before Jet defragments or disinfects them. If Jet encounters a program unknown to him, he can port it to his own system. Communication between programs is done via IO ports.

Jet can also find and read e-mail messages in certain systems, which partly reveal the game's background story, but also provide insight into the relationship between Alan and his son.

In addition to the Mac, the game was also ported to the Xbox with significant changes to the single and, especially, the multiplayer modes. The Xbox version is titled Tron 2.0 Killer App. Changes to the single player mode include optional jumping sequences, and overall console-tailored controls. The real changes were made to the multiplayer modes. Added is up to sixteen player multiplayer disc arena, light cycles, or overRide modes for system link or Xbox Live. The new overRide mode allows for first person mayhem with the ability to ride light cycles at any time. There is also a version of Tron 2.0 Killer App for the Game Boy Advance that has different story and gameplay from its Xbox counterpart. A version of the game was planned for the Gizmondo, but was canceled during development.

The single-player campaign takes place entirely inside the computer's world (though some cutscenes are shown of the ENCOM research laboratory). The goal of each level is generally to complete tasks and find keys ("permission bits") which allow access to the next level.

The design of the game's levels is linear; there are no choices about how to proceed or of what to say during the interactions with other characters. The levels feature energy bridges and gates, neon-glowing contours, vibrant colors, floating boxes and tiles, teleports, and deep chasms. Jet will be harmed if he falls from a height (or killed if the height is great enough), or be crushed by certain moving objects in the digital world.

Jet begins with the disc weapon seen in the movie; but obtains other weapons similar to a shotgun, a submachine gun, a sniper rifle, and grenades. Ammunition for these new weapons is energy, which Jet can collect at various points during the game (an exception is the disc, which uses no energy in its basic form). The in-game names for these weapons are, respectively, disk, rod, mesh, and ball. The other weapons are upgrades of these basic weapons (called "primitives").

Jet's abilities are customizable, as his in-computer program earns "build counter" upgrades - when earning a level, Jet 1.0 becomes Jet 1.1, and so on. He acquires new abilities, and also the aforementioned weapons, in the form of "subroutines" held in "archive bins" scattered around the levels, and he has a limited number of memory slots in which to "install" these subroutines onto his person. Subroutines start out as alpha-grade software, but can be upgraded to beta and gold statuses, which both take up less space in memory and become more effective.

As he moves through the levels, Jet must engage many lower-tier enemies. Although none are particularly powerful, they usually appear in gangs, making them more of a threat. Among the regular levels, there are some with boss enemies.

Interspersed with the first-person-shooter levels are several light cycle races. As seen in the movie, these races are actually arena duels in which each light cycle attempts to destroy its opponents by driving them into its jetwall. The arenas contain 'improvements' (such as speed zones that affect the cycles' speed), more complex layouts with walls and other artifacts (instead of the "empty box" as seen in the movie), and power-ups that can be collected during races. In addition to Tron's regular light cycle, Jet can also gain access to the super light cycle that sports a more modern design and offers more speed. Tron 2.0 initially required the player to win the light cycle races in order to advance the campaign. Consumer feedback revealed that many felt the computer-controlled light cyclers were impossibly precise in their controls (turning at speeds a human could not, or boxing themselves in,for example), forcing players to wait for the enemy light cycles to destroy themselves. As a result, the vendor released a patch eliminating this rule.

The additional light cycle mode contains no campaign; instead, the player is presented with a choice of several light cycle arenas.

Tron 2.0 offers some multiplayer scenarios, both in campaign mode and in light cycle mode. Internet and LAN play are available, although the vendor does not recommend that the light cycle mode be used over the Internet due to its generally high lag.

The PC version of the game received generally favorable reviews from Metacritic with an average score of 84% based on 39 critic reviews. Despite the good reviews, the game underperformed in sales and BVG eventually dropped support for the game two years after the game was released. Despite the lack of support from BVG, additional levels and multiplayer maps have been developed by fans of the game; including an expansion game and modification. 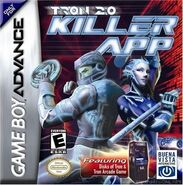 The video game for the GameBoy version 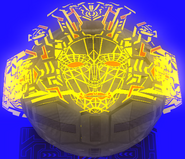 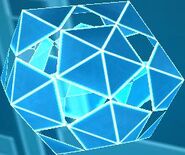 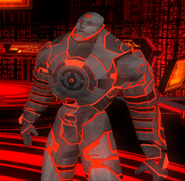 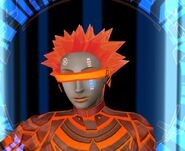 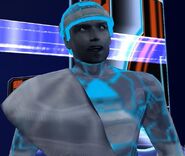 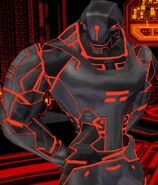