Being rejected by Pete

Brute strength
Trudy Van Tubb is a character created by Romano Scarpa, first appeared in Topolino e la collana Chirikawa (Mickey and the Chirikawa Necklace) in 1960. She is Pete's girlfriend in comic stories.

Despite her fat physique, she is very feminine and often worried about her looks. She has become a mainstream character in Italian comics as more writers other than Scarpa have used her, since her relationship with Pete allows to portray him in a more "human" light while still being villainous.

In the Young Donald Duck comic series, Trudy was featured not only the same age as Mickey and his friends but also nicer and friends with the group. 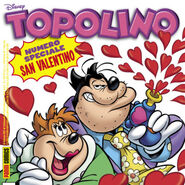 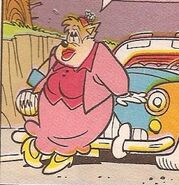 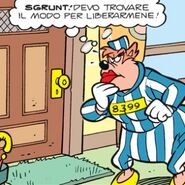 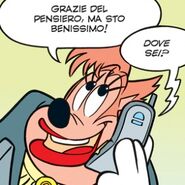