Tusken Raiders (commonly referred to as Sand People) are native creatures who inhabit the deserts of Tatooine. Tuskens don't like trespassers going into their territories, and are aggressive warriors. They wield primitive slug-thrower rifles and use gaderffii staffs as their primary melee weapons, increasing their lethality by dipping them in sandbat venom. Tuskens also had a unique and sacred bond with Banthas; this bond was such that when Tuskens died, their banthas would often kill themselves out of grief. Tuskens went through rites of passage at the age of 15, when they would set out to slay a Krayt Dragon and take its dragon pearls to become an accepted member of the tribe.

During the Pod Race on Tatooine, a group of Tusken Raiders were camped nearby the race track and started shooting at the passing pod racers.

In the second prequel, Anakin learns that a group of Tusken Raiders have taken his mother hostage. He manages to find their encampment and finds Shmi tortured. When Shmi dies in his arms, Anakin takes out his grief and aggression on the Sand People - and slaughters the men, the women, and the children alike in vengeance.

After R2-D2 wanders off in search of Obi-Wan Kenobi, Luke Skywalker and C-3PO go after him. However, they are unaware until later on that a group of Tusken Raiders are nearby. Luke and the droid investigate and when they spot them from a far distance, one jumps out of nowhere and attacks Luke and 3PO.

When the Tusken Raiders have Luke unconscious, they rummage through his speeder until they are scared away by a Krayt Dragon Call (their worst fear), which was actually imitated by a hooded creature, later to be revealed as Obi-Wan Kenobi.

The Tuskin Raiders man an appearance in a retelling of A New Hope in the special, Phineas and Ferb: Star Wars.

The Tusken Raiders make a cameo appearance in "Twin Suns" when Ezra and Chopper came to Tatooine to find Obi-Wan Kenobi. They attacked Ezra and Chopper, and destroyed their ships before being killed by Maul.

Tusken Raiders make an appearance in an issue of the Marvel Comics series Darth Vader, in which Vader, on a mission to Tatooine to find information on Luke Skywalker, like he did as Anakin decades before, slaughters an entire tribe of Tusken Raiders, this time either for vengeance or out of pleasure. 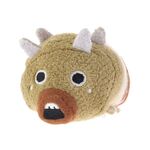 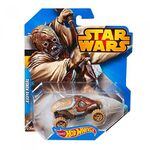 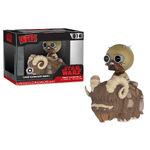 Retrieved from "https://disney.fandom.com/wiki/Tusken_Raiders?oldid=3668333"
Community content is available under CC-BY-SA unless otherwise noted.