Twi'leks are head-tailed alien humanoids from the planet Ryloth. Sometimes, the female Twi'leks serve the Hutts as dancers.

During the age of the Old Republic, Ryloth and the Twi'leks were part of the Galactic Republic, and were represented by senator Orn Free Taa. However, when the Galactic Empire rose to power, Ryloth's people rebelled. Palpatine and Darth Vader personally snuffed out this insurrection when they attacked the planet with a garrison. Ryloth's people were subsequently enslaved. Twi'leks would later join the New Republic when the Rebel Alliance defeated the Empire at the Battle of Endor.

Twi'leks have varying humanoid sizes, with two thick tentacles protruding from the back of their heads down their backs. On the side of their heads with females and some males are conical horns that are rudimentary and would grow into a second pair of head tails to store fat on more corpulent specimens.

Many males are seen with humanoid ears in the place of those horns, sometimes found under them, denoting certain subspecies and crossbreeds. The males also have bumps above their eyes with next to no facial hair while females tend to have eyebrows and lashes. 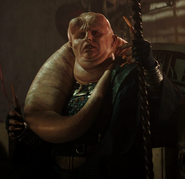 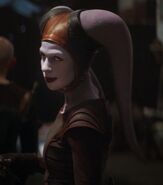 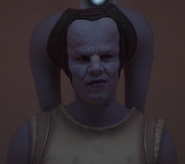 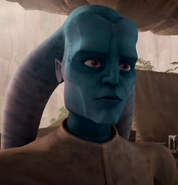