2001-present
Tyler Garcia Posey is an American actor, voice actor, musician, and producer. He probably is best known for his role as Scott McCall in MTV's show, Teen Wolf.

For Disney, he voices Prince Alonso in Disney Channel/Disney Junior's Elena of Avalor and Inferno in Marvel Rising: Secret Warriors. 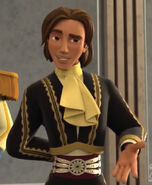 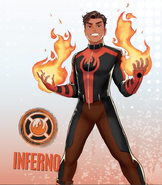 Tyler Posey attending the 6th biennial Stand Up to Cancer event in September 2018.

Tyler Posey attending the 2019 Sundance Film Fest.
Add a photo to this gallery
Retrieved from "https://disney.fandom.com/wiki/Tyler_Posey?oldid=3794407"
Community content is available under CC-BY-SA unless otherwise noted.