The UT-60D (also known as the U-Wing) is a Rebel transport/gunship that appears in the Star Wars film, Rogue One. Used by the Rebel Alliance, these ships are used to drop troops into battle, and provide cover fire for them. U-Wings feature at least one side door which could also be used as a veiwport for a mounted blaster cannon. Depending on the situation, the U-Wings retractable wings could be positioned forward-facing or backward-facing. 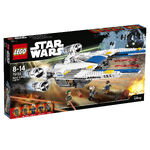 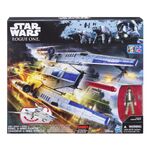 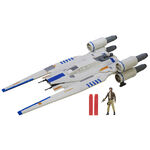 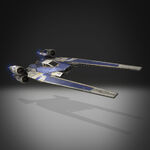 Early design of the U-Wing 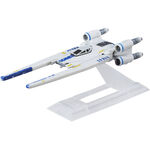 Retrieved from "https://disney.fandom.com/wiki/U-Wing?oldid=2591234"
Community content is available under CC-BY-SA unless otherwise noted.