He is a gigantic Canister Robot used by the Leader  to annihilate The Avengers. After a very long battle the Avengers were able to defeat Ultimo by having Hawkeye tie one end of a rope to Ultimo and shoot the other end of it on an arrow shot toward an electrical tower causing Ultimo to act like a lightning rod. The robot fell to the ground, defeated and completely deactivated. 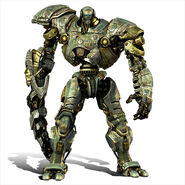 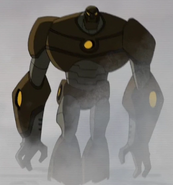 Retrieved from "https://disney.fandom.com/wiki/Ultimo?oldid=3526077"
Community content is available under CC-BY-SA unless otherwise noted.