Audrey's Royal Return: A Descendants Short Story
Under the Sea: A Descendants Story is a live-action short-form special that premiered on September 28, 2018 at 7:40 pm. Descendants stars Dove Cameron and China Anne McClain, reprising their roles as Mal and Uma respectively in the special which features the arch-nemesis facing off in an epic underwater showdown. Descendants 2 stars Thomas Doherty and Dylan Playfair reprise their roles of Harry and Gil, respectively, as part of Uma's wicked pirate gang.

The Isle of the Lost is shown from a distance before we see Mal stepping out of the woods onto the beach of the Isle of the Lost. She encounters Dizzy and begins talking to her. Dizzy says she's been looking for Mal. Mal explains she arrived at the beach after encountering a glowing orb in the woods that spoke her name, the voice sounding like her father. They start discussing a makeover for Mal. Suddenly, a glowing light comes from Dizzy. It is revealed that the magic is coming from Uma's necklace, which Dizzy is wearing. Mal questions how Dizzy got Uma's necklace. Uma takes control of Dizzy, channeling her voice through her. Mal begins debating with Uma, asking her where Uma's "slimy little eels" are. Gil and Harry Hook appear. They and Uma (through Dizzy) challenge Mal, telling her that Uma is coming for her. Mal backs away from them and jumps off the dock into the water. Mal discovers she can swim and battles Uma herself. (Stronger) Mal is shaken by Dizzy and it is revealed that everything after her greeting to Dizzy was all Mal's daydream. Mal explains the whole vision including how she arrived to Dizzy as the first explanation didn't happen. Dizzy proposes a makeover. Suddenly a voice calls Mal's name. Dizzy asks if the voice is real, and Mal says that she heard it too. Mal says that she feels something evil is in the air, and there may be danger coming for Auradon. Dizzy and Mal leave and it is shown that Uma's necklace is in the sand. Uma's voice comes out of it, saying that danger is coming for Mal. This will presume that the danger is foreshadowing Descendants 3. 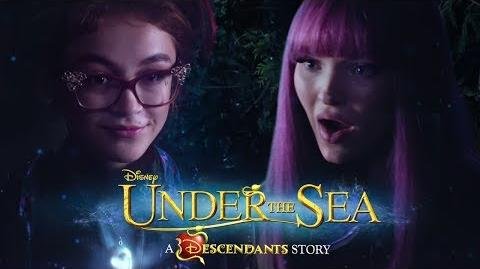 Under the Sea A Descendants Story Official Teaser 🐚 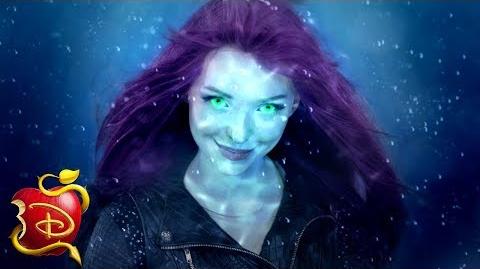 Under the Sea A Descendants Short Story Official Trailer 🐚 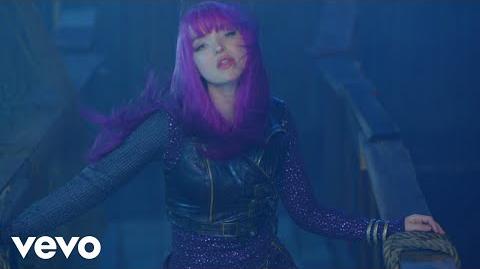 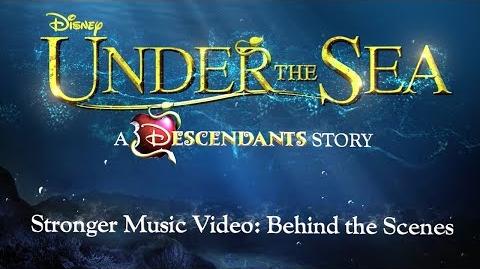 Behind the Scenes of the Stronger Music Video 🐚 Descendants 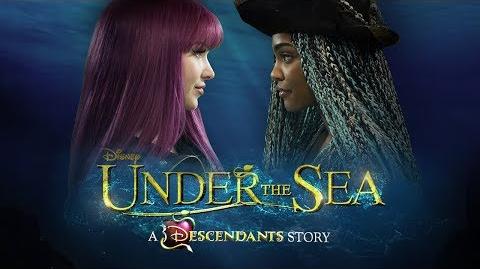 Under the Sea A Descendants Short Story