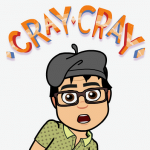 Hello, Fellow Disney Animation Fans!   Remember Me from The Disney Channel's "The Time I...  Realized My Brother was Different"?  I'm Michael Igafo-Te'o, An American Samoan-Caucasian Animation Wannabe on The "Disney" Style of Traditional Hand Drawn Animation (like many of Disney's earlier films) and the "Aardman" style of Stop-Motion Animation (using this so-called american plasticine modeling clay from my local Art Supply Store called "Plastalina")

I was born in a hospital on September 9th, 1994 in Rolla, Missouri. (I Can't Remember the Name of That Hospital i Was Born In!)  I grew up in the boyhood town of Jackson, Michigan, where I went to my first school, played on the school playground during Recess, and watched Disney's "Hercules" my REAL first Animated Feature Film at GKC Plaza Cinemas 8 (Currently Owned by Carmike Cinemas)

Later on, I Had my 4th Birthday on September 9th, 1998, around the same time I developed Autism. I was drawn into the world of TV, Cinema and Art. But, let's take a look at some of my best historical moments in my life:

Early 1996: Discovering Don Bluth and his Animated Feature Films (I.E. "All Dogs go To Heaven", "Thumbelina" and "The Pebble and The Penguin")

Summer 1998: Getting "Oliver and Company" and "The Spirit of Mickey", "Banjo the Woodpile Cat" and "Anastasia" on VHS Tapes and loved the animation style in Most Don Bluth Classics and The Original Look on Classic Disney Animated Films then Discovering "The Jetsons" and "Top Cat".

Autumn 1998: I Had My 5th Birthday on September 9th, 1998, same time when The Mousie Trio (Bancy, Wally and Streaky (The Orange Mouse, Streaky, is scheduled to be re-named "Frank McMouser")) were born as triplet brothers.

Summer 2002: DIscovering "Kim Possible", "Mickey's House of Mouse", "ChalkZone" and Rediscovering "The Lion King" along with "Beauty and The Beast" and Classic "Hanna-Barbera" Cartoons

Autumn 2007: I Had my "Lucky 13" on September 9th, 2007, same time as when I first gifted with a 10-Field, ACME-Pegged Starter Kit from Light Foot and The Mousie Trio's little brother, Percy, was born!

Spring 2010: Rediscovering the "Jetsons" episode, "Dude Planet", and "Hey There, It's Yogi Bear!"

Autumn 2010: My First Visit to The Walt Disney World Resort in Lake Buena Vista Florida (then Busch Gardens in Tampa, Florida) during my Sweet 16 on September 2010 and fell in love with Hannah "Savannah" Garcia (The Autistic Daughter of My Mom's Friend, Samantha Garcia of Traverse City, Michigan) as my "autistic girlfriend" of my own when I First Met The Garcia Family at Crystal Mountain during October 2010

Summer 2011: Visual Development Work began on "Mike and Michelle's Perfect Date" but, as of Mid-September 2013, it was abruptly shelved until further notice!

Autumn 2011: Returing to The Walt Disney World Resort (then to Universal Studios Florida) during my 17th Birthday during September 2011.

Winter 2011: My First Visit to Great Wolf Lodge in Traverse City, Michigan as a Christmas Vacation (Before Christmas Eve!!!)

Spring-Summer 2013: Getting "Wreck-It Ralph" on Blu-Ray+DVD Combo Pack on March 2013, I Graduated from Jackson High School on May 24th, 2013 and Getting a MacBook Pro Laptop, (NOW with the "Maverick"/"Mountain Lion" editions of "Mac OS X") and DigiCel Flipbook Lite during Summer 2013, Getting Walt Disney's "Tips on Animation" Textbook in NEW "Mint Condition" 2013 Print from Disney Store Dot Com, (a la D23) and Watching the Theatrical Trailer to Disney's PG-13 Rated Live-Action (1960's Time-Shift-style) "Backstage Disney" film, titled "Saving Mr. Banks", (based on true events involving when producer and film maker, Walt Disney, (Tom Hanks) met P.L. Travers, (Emma Thompson) The Author of her "Mary Poppins" books, while working on "Mary Poppins" from 1961 to its premiere in 1964 before Disney even won a variety of Academy Awards for "Mary Poppins" (Including A "Sceince"-based Academy Award for The Re-Invention of The Optical Printer and 1 More "Science"-based Academy Award for Ub Iwerks' Invention of The "Traveling Matte" Process which combines Live-Action with Traditional Hand-Drawn Animation)) after my mother, Jackie Dawn Igafo-Te'o, e-mailed me a link to it from her Windows 7 Laptop to my MacBook Pro Laptop.

September 2013-October 2013: Celebrated College at Kit Young Center starting on Tuesday, September 3rd, 2013, Getting the newly expanded edition of Walter T. Foster and Disney's "Learn to Draw Mickey Mouse and his Friends" and "Learn to Draw Disney & PIXAR's Ratatouille" Textbooks plus "The Penguins of Madagascar: I Was a Penguin Zombie!" on DVD and The Encyclopedia book on Disney Animated Characters on my 19th Birthday during Monday, September 9th, 2013,

October 2012-November 2013: Started a "Sales Pitch" on "Michael Igafo-Te'o Original Animation Cels" online on my Facebook in Late October 2013 and Rediscovering MGM/UA's Live-Action Christmas Classic of 1983, "A Christmas Story" (where Ralphie planning to get his own Red Ryder 200-Carbon Model Air Rifle for Christmas which worked full time after a few attempts after seeing it at the Higbee's Christmas Display and The ENDING Involving The Bumpus Hounds at their own "turkey hiest" with Ralphie's Dad shouting at them then They Went Out to eat Christmas Dinner at a Chinese Restaurant! (I Still Own the Warner Bros. Family Entertainment 2008 DVD of THAT CHRISTMAS CLASSIC since December 2009)) during Late November 2013

December 2013: Finally Got to meet Andrew Steiner (in person) as a CREATIVE attempt to have ourselves create Bancy's DEBUT CARTOON, "Toons in The Garage", (whose working title is known as "Don Bluth meets Eric Goldberg" during Early December 2013) Returned to Great Wolf Lodge and Finally Discovering The Award-Winning PG-13 Rated Live Action "1960's Time-Shift"-style Backstage Disney Feature Film, titled "Saving Mr. Banks" at The Carmike Horizon Cinema (Another Carmike Theater in Traverse City, Michigan since The Carmike Grand Traverse 9 Cinema) and is having an EX-CELL-ENT Christmas and A ULTRA-HAPPY New Year!

And in the future, I'll make the best of of what I have in store for me coming soon for art's sake!

Normally, I'm a nice, helpful, kind, wise, smart, generous, good-mannered, and Kid-Friendly kind of guy. However, it's not always easy to keep your cool. Whenever something goes wrong for me, (I.E. The Dreaded "Toon Killer" Incidents and Missing My (Re-Released) Classic Disney Movies at the Multiplex during occasional times) or when I missed my favorite Disney TV Cartoons, (I.E. "Kim Possible" and "Phineas & Ferb") I get severly cross by accusing my father (Billy Igafo-Te'o) of acting like such a "Bad Egg", making gestures, shouting, swearing, toppling down metal chairs, and write out my "Toon Killer" reports on facebook. We always have to find a solution for me to keep calm for Art's Sake!

Working is one way to keep me busy and helping people is another; whenever people need help, I'm always there to lend them a hand. I also stand up for myself and everyone else when someone is being teased or insulted. Just recently, I heard from the news that Andrew Steiner, my 3rd deviantART Pen Pal since Jose-Ramiro and Kyleboy21, told me that I Should Stop writing out my "Toon Killer" reports on facebook. So, I wrote a message saying how we like whatever's Animation-Friendly and even Kid-Friendly and that's where I Got New Life Anywhere We Can Prove to Our Friends!

Retrieved from "https://disney.fandom.com/wiki/User:BancyToonGeek1994?oldid=3157351"
Community content is available under CC-BY-SA unless otherwise noted.