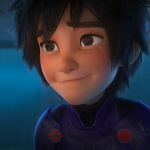 "I'm just a regular person who loves all things Disney." ― My statement when people asks me about my life.

"Disney started it all and it gave us great life lessons and memories." ― My opinion why I don't support other animated films besides Disney and Pixar.

"There is this one thing that’s been bugging me. Many people often ask why is Elsa isn’t the main protagonist? Sure, she may not be the protagonist, but she is also the part of this very phenomenal film in the history. Some people blame Anna for being such a screw up in the entire film. I respect their opinions, but these people are missing something very important. Honestly, I’m a huge fan of Frozen and as a matter of fact, I am certain that this film will be loved and watched for generations. This film has a wonderful story to tell not just for kids, but for everyone.

So, what exactly am I trying to prove here? Honestly, I have nothing to prove, but I’m here to tell you my interpretation of the film. How deep I understood this film.

Frozen changed my point of view in life I can tell you that. It taught me a lot of great life lessons and taught me the true meaning of love. Love for family, friends and others.

Let’s cut to the chase. When we first saw the film, we see Anna almost screw everything. People say that it’s her fault, but no. Just like her voice actress, Kristen Bell, said in her interviews, “people will relate to my character” and apparently, it’s true. I also loved Anna being the quirky, yet kind-hearted princess. Not to mention that she’s one of the few princesses who has this kind of personality. In my opinion, she is a great example of a regular person like us. In fact, every character in this film is very relatable, even Elsa.

Anna made a lot of mistakes in the film, but the great thing about it is that she will never stop until she makes things right. She will never stop until she learned her lesson from that mistake. Nobody’s perfect. It’s one of the film’s deep messages. That’s why Anna is the main protagonist, not only she’s based off Gerda and the story is loosely based on Hans Christian Andersen’s “The Snow Queen”, but it’s tells us how Anna learned from her mistakes, made everything right and learned the power of family.

This is one of the lessons that Frozen taught us, and probably, why it is such a phenomenal hit on all ages besides the songs, the characters and the story."

Retrieved from "https://disney.fandom.com/wiki/User:Blaze.andrews?oldid=3159284"
Community content is available under CC-BY-SA unless otherwise noted.