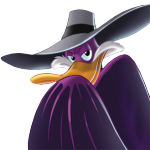 The name is Head. CerealBoxHead.

Don't ask where I got that nickname. I'll only say it has nothing to do with my actual head.

So, some stuff about me. Well, I was more or less raised on Disney stuff. Disney movies, Disney shows, Disney video games, Muppets, Star Wars, Indiana Jones, and Disney Parks are what I have been surrounded by for my whole life. I have been to Disney World maybe 16 times, and have watched nearly every Disney animated movie. (I am trying to see them all!) I also loved watching Disney Channel shows, most notably House of Mouse, Hannah Montana (oh for the days before Miley went bad!), Dog With a Blog, and Bear in the Big Blue House. I also really like Marvel Cinematic Universe content, although I've never been much of a comic book reader. (Some of that stuff is dark!) I also really like Disney INFINITY and Disney INFINITY: 2.0 Edition. I am an administrator over on its wiki, and try to help out over there as much as I can to keep it up to date.

On this wiki, you'll mostly see me just do occasional random stuff. I like to talk about Disney, so I spend much of my time here on the forums; but I also like to fix vandalism and grammatical errors, something I'm sure a wiki with 30,000 pages has a lot of, so I will edit from time to time. I mostly just edit on DI Wiki, but if I see a problem here, I'll do what I can to help out.

My Buds (on this wiki)

Retrieved from "https://disney.fandom.com/wiki/User:CerealBoxHead46?oldid=3973398"
Community content is available under CC-BY-SA unless otherwise noted.