The logo almost always features a fairytale castle directly inspired by Disneyland's Sleeping Beauty Castle and the Magic Kingdom's Cinderella Castle. It has undergone several changes since its introduction. Some films feature a variation of the logo to match the film's theme and tone.

The main production logo most often features a fanfare based on an arrangement of "When You Wish Upon a Star" from the 1940 animated feature, Pinocchio. Various Walt Disney Television logos have been modified versions of the castle logo.

Here is a list of Walt Disney Pictures logo variations: 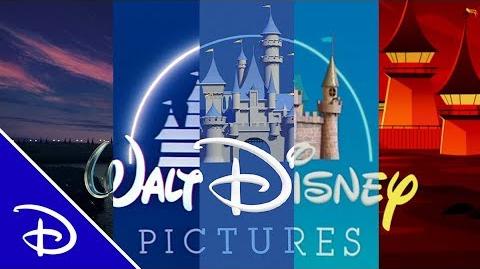 Retrieved from "https://disney.fandom.com/wiki/User:Daniel_Carrero/logo?oldid=3714304"
Community content is available under CC-BY-SA unless otherwise noted.