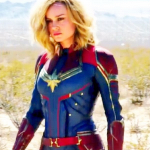 I thought this pic was hilarious

Novelist wanna-be, artist, caretaker of stubborn horses and dog, Dragon Rider on School of Dragons, wishes she was a Rebel/Jedi Knight/Avenger/The Avatar/just on an adventure in general

To become an author, rebel against the Empire and help the Avengers stop Thanos

Mandalore, I wish, but just a small farm in the southern USA

Lucy "Goose" the dog, Chancey and Ladybug "Bug/Buggles" the horses

Galactic Empire, bullies, show-offs, being stereotyped, being treated like she doesn't matter/like a little kid/like she can't do anything, talking about personal matters

"You may think this is just a story, but that's the thing about stories. They're more than words. They live inside of us. They make us who we are. And as long as someone believes that, there will always be magic." ―Henry Mills, OuaT S7

'"Never be afraid to do things, to experiment, to try things no one has ever done before. Don't be afraid, make no decision out of fear." ―George Lucas

"Do things we have never done before. Push the limits of your creativity. Challenge yourself. The only limit is your imagination, so throw the heroes into impossible situations, make the villains more terrible and unpredictable than the ones that have come before." ―Dave Filoni

"I am almost inclined to set it up as a canon that a children's story which is only enjoyed by children is a bad children's story. The good ones last. (..) Critics who treat 'adult' as a term of approval instead of as a merely descriptive term cannot be adults themselves. (...) When I became a man, I put away childish things, including the fear of childishness and the desire to be very grown up." ―C.S. Lewis

Full disclosure, I am probably the most over-excitable Star Wars/Marvel/Avatar/Disney/How to Train Your Dragon/Lord of the Rings nerd you will ever meet. Seriously, I absorb everything about this stuff like a sponge. A big geeky sponge. I screech happily about many, many things and will launch into full-blown lectures about subjects I care about. Included on that list is like literally everything Star Wars, how much I love Carol Danvers, all the reasons Spider-Gwen, Kate Bishop, and Daisy 'Quake' Johnson RULE, why I think the Wolverine the MCU inevitably introduces should be Laura Kinney instead of another version of Logan, why Zuko's arc in Avatar: The Last Airbender is HOW YOU WRITE A CHARACTER ARC!!!!, and do not even get me started on how Treasure Planet is an unappreciated masterpiece and probably one of Disney's best, animation-wise. So basically, my fandom consists of female characters burning down the girly-girl stereotype to rebel against Empires, fight Skrulls, blow stuff up and slay some monsters. :)

If I'm not goofing off on one of my favorite wikis, I'm probably playing School of Dragons or attempting to play the piano, working on my writing, reading Star Wars/Marvel Comics/Harry Potter/Percy Jackson books or old Peanuts comics because I love Linus van Pelt, sketching goofy stuff like Thor the Porg (yeeeaaaaah, my brain's weird...) or trying to explain to my mildly-psychotic dog Lucy that my horses are not big dogs, do not enjoy her barking at them, and do not want to chase her up and down the fence.

I probably added way too many userboxes, but it was too fun to stop!

Retrieved from "https://disney.fandom.com/wiki/User:Jessanna_Stansu?oldid=3571591"
Community content is available under CC-BY-SA unless otherwise noted.