“Every human being is different, with a difference, we give more color in life.”
―Katyusha Eagle

My computer, Wikipedia, Crafting, Being recognized on the wiki, Airplanes, Train,Drawing, And Others

Blocked, Not Recognized on the wiki, Negative Reply, and others

I'll did it My Way.
With difference,We give more color in life.
Greetings, Users! Welcome to my User's page.

English is not my  daily language, sorry if there any mistake of writing. 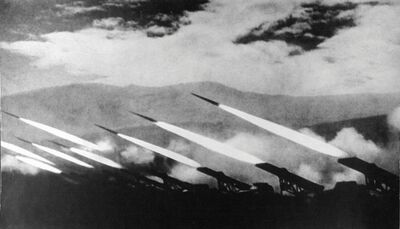 Katyusha Rocket Launcher (Russian:Катю́ша) was a secret weapon of USSR. Revealed in 1939, Katyusha are a type of rocket artillery first build and fielded by USSR in World War II. Katyusha is one of most successful weapon at the time. Multiple rocket launchers such as these deliver a devastating amount of explosives to a target area more quickly than conventional Artillery. Because it usually mounted on a truck, this give an advantage: being able to deliver a large blow all at once, and then move before being located and attacked.

The Katyusha is less accurate than conventional Artilery gun,but extremely effective in saturation bombardment. The design were very simple,consisting of racks of parallel rails on which rocket were mounted, with a folding frame to raise the rails to launch position. With the distinctive terrifying howling sound, The Katyusha is feared by Wehrmact troops(German Troops), because of it's terrifying sound,it could be used for psychological warfare. The rocket's devastating destruction also helped to lower the morale of the enemy troops. 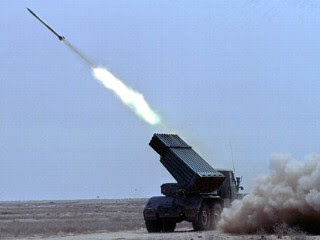 Katyusha is one of the most powerful weapon at the time, it has the Power of Innovation, Because it was my Username, i will do it for DisneyWiki

Eagle has used as symbol for a long time, it symbolized perspicacity, Immortality, Courage, Strength, and Loyalty.

Eagle also considered as "King of the skies", and the messenger of the highest Gods.

Eagle has become a symbol for many country, From Western Europe into Arab world.

Eagle has power of Strength, and Loyalty, Because it was my Username, i will do it for DisneyWiki.

Retrieved from "https://disney.fandom.com/wiki/User:Katyusha_Eagle?oldid=3320494"
Community content is available under CC-BY-SA unless otherwise noted.