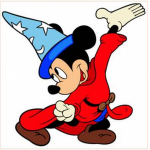 Being blocked, having something edited that I know is correct, vandalism

Hello, I am Mickey798! My main interests vary throughout the properties of the Disney company, with particular interests in Disney Animation, Marvel, and Star Wars.

NOTE: The rest of this profile is currently outdated and will be updated in intervals at some point

I am one of those type of Disney fans that really stand out as I have amazed everyone around me with my Disney knowledge. I've always been a Disney fan ever since I first found out about Disney. In my early years, I was exposed to mainly Mickey Mouse as well as the Disney Sing Along Songs videos to modern times where I have discovered other Disney interests such as Disney Afternoon shows like the Gummi Bears and Darkwing Duck.

Out of all the things in Disney that has captivated me the most, it's the animated television shows (especially many of Disney's first animated TV shows) has grabbed my most interest in recent history. Shows such as Darkwing Duck, Disney's House of Mouse, and the Gummi Bears deserve to be shown and given the same respect as much as some of Disney's best films. I'm also one of those Disney fans that is in the movement for Disney to release the rest of the episodes to many of their animated TV shows in which some of the shows never got an offical relase by Disney on DVD. I'm also hoping that sometime in the future that the shows that did get episode releases on DVD such as DuckTales and TaleSpin hopefully get blu-ray releases as well.

It's also fun to point out that I'm one of few Disney fans who truly likes the Disney film Home on the Range, as that film is one of my favorite Disney films, and I feel that the film itself is underappreciated.

My Goals on the Disney Wiki

Another purpose includes expanding on episodes to certain TV shows. I've noticed there needs to be more articles for episodes, especially episodes for the Gummi Bears. I plan on especiallly making articles for all of the episodes of the Gummi Bears since they need a lot of attention. I also plan on elaborating on some episodes so the person reading the article can get a vivid description of what the episode's about, although preferably not to be read by people who have never seen the episode.

Asides from those purposes, I just contribute to the Disney Wiki in whatever way I can. 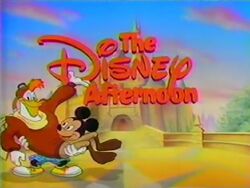 Retrieved from "https://disney.fandom.com/wiki/User:Mickey798?oldid=3320463"
Community content is available under CC-BY-SA unless otherwise noted.