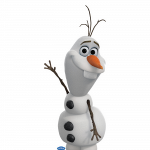 I believe I was destined to be a mermaid. No lie.

If I had a superpower I would fly. It takes more than happy thoughts and fairy dust (aka glitter from my childhood art set).

If I was a Disney Character I would NEVER be Esmerelda. She's persued by a creeper and green eyes freak me out.

Despite what I said above Frollo is my FAVORITE Disney Villian.

Clopin and Genie are tied for my 2nd favorite charcters.

I am a firm believer that Tangled should have remained named Repunzle. I agree with whoever said that the change was like turning The Little Mermaid to Beached.

I am 22 and I proudly state that I have wall stickers of the disney princesses on my bedroom wall.

I saw Frozen 3 times and Saving Mr. Banks 2 times in the theater.

"So you wanna be a hero, Kid? Well whoopdie-doo. I have been around the block before with blockheads just like you!"- Phil

"You've gotta bat your eyes, like 'dis. Then you pucker your lips, like 'dis"- Sebastain (That one may acctually be better to watch...)

"Winter's a good time to stay in and cuddle, but put me in summer and I'll be a...HAPPY SNOWMAN!"-Olaf

Television and Film (Not just Disney)

Yes, I do watch all of those. It is a complicated system involving two televisions, a DVR, and the internet.

On the Front Porch

Beyond My Wildest Dreams

Retrieved from "https://disney.fandom.com/wiki/User:Redrose95?oldid=1316800"
Community content is available under CC-BY-SA unless otherwise noted.