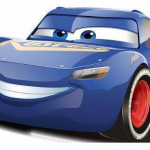 Hi, I'm Zubayr Isaacs, and I've been a huge fan of both Walt Disney Animation Studios and Pixar for a long time since I was young in the late 2000s.I have autism and I was born on the 21st of November 2000. I live in Cape Town, so you would probably assume that I've never been to Disney world before, because it was very expensive, but I kinda love it. Anyway, I've been loving both Disney and Pixar since I was a newborn. My whole nursery was full of the classic Disney/Pixar franchise, like Toy Story, Monsters, Inc., Finding Nemo, The Incredibles and Cars. I'm so glad that Disney brought Pixar on the 24th of January 2006. Without the partnership between Disney and Pixar, then the world would have no happiness.

Hobbies: Playing video games, watching TV, hanging out at the beach and the mall

"I just love eatin' pizza!"
"You sure wanna do this?"
"Saving the world and fighting bad guys is my rock."
"Alright, time to unleash the beast."
"I can't give up!"
"Let's get this party started!"

Retrieved from "https://disney.fandom.com/wiki/User:Uby2111?oldid=3943256"
Community content is available under CC-BY-SA unless otherwise noted.