2004-present
Vincent Michael Martella is an American actor, voice actor, and occasional singer. He is best known for his role as Greg in The UPN/CW period television sitcom Everybody Hates Chris from 2005 to 2009 and the voice of Hope Estheim in Final Fantasy XIII and its sequel.

For Disney, he is the voice of Phineas Flynn in the Disney Channel animated series Phineas and Ferb. He told fans about his audition process and the audio clip toward it. He says that the creators thought the voice should be higher pitched after the episode Rollercoaster. This voice he used until the show's end as Phineas. He has become a recurring host for Disney 365 after the logo changed its look in August 2011, as he had been in 3 episodes in a 4 episode span. However, he hasn’t been in an episode since then. He then would go onto voice Bradley Nicholson in the former Disney XD/now Disney Channel animated series Milo Murphy's Law. He will also voice a character for the upcoming Cars On The Road. 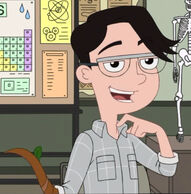 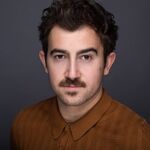 Vincent huddled with Dan and Swampy.