Vinylmation is a series of collectible vinyl designer toys sold at the Disney theme parks. Each figure is in the shape of Mickey Mouse, and features artwork by various artists. Figures are available in $12.95 3" and $39.95 9" varieties. Vinylmation figures can be traded not only amongst peers, but at specially marked stations in and around Walt Disney World and Disneyland. Recently, official trading has ended, but between private collections still is commonplace 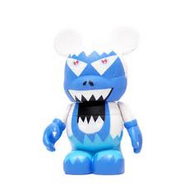 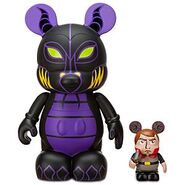 The Disney Wiki has a collection of images and media related to Vinylmation.