He is depicted as very strong and adheres to S.H.U.S.H. standard procedure very closely. Gryzlikoff and Darkwing both have a long-standing rivalry, which stems from Gryzlikoff's by the book procedure to the different style of Darkwing, which relies heavily on instinct and spontaneity. Eventually, the relationship changes to mutual respect by the events of the episode in which Darkwing transforms four top S.H.U.S.H. agents into "The Darkwing Squad". 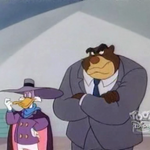 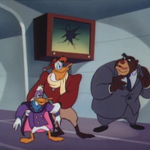 Grizzlikof with Darkwing and Launchpad 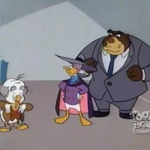 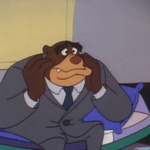 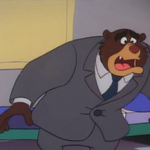 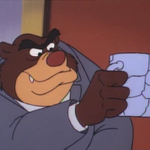 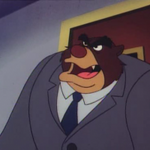 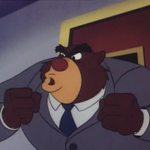 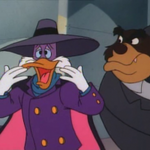