WLS-TV is the ABC owned-and-operated television station in Chicago, Illinois. It broadcasts a high definition digital signal on UHF channel 44 (virtual channel 7.1 via PSIP) and operates a digital fill-in translator on VHF channel 7, both from transmitters atop the Willis Tower. Owned by the ABC Owned Television Stations unit of The Walt Disney Company, WLS-TV maintains studios on North State Street in the Chicago Loop. The WLS-TV callsign stands for "World's Largest Store", in reference to Sears, Roebuck and Company, the founding part-owners of its former AM radio sister station.

Upon completion of the digital transition, WLS officially transferred the "WLS-TV" legal callsign from the now-defunct analog channel 7 to the original post-transition digital television channel 7, and discontinued the "WLS-DT" callsign. In late 2009, after moving full-power digital operations to UHF channel 44, the "WLS-TV" callsign was moved to channel 44. Even though WLS-TV converted VHF channel 7 into a digital fill-in translator and it is a LD facility (-LD meaning "Low-power Digital"), it uses the same call letters and suffix like their main full power facility. However, the PSIP identifier for WLS-TV's virtual channels still continues to identify the station as "WLS-DT."

After the digital transition on June 12, 2009, WLS moved from out-of-core UHF Channel 52 to their pre-analog VHF channel 7 for their digital operations. WLS operated their digital signal at low power (4.75 kW) to protect the digital signal of WOOD-TV in Grand Rapids, Michigan (which also broadcasts on channel 7, but with much higher power). As a result, many viewers were not able to receive the station.The FCC sent extra personnel to Chicago, Philadelphia, and New York City to deal with difficulties in those cities. WLS had received 1,735 calls just by the end of the day on June 12 (WBBM only received 600), and an estimated 5000 calls in total by June 16.

WLS-TV was just one station which needed to increase its signal strength or move its frequency to solve its problems, but a power increase required making sure no other stations were affected. WLS received a two-week experimental permit for a power increase late in June. WLS had also applied for a permit to construct a low-power fill-in digital translator station on UHF channel 32, (the former analog frequency of WFLD) but abandoned that plan (the channel 32 RF frequency has since been claimed by WMEU-CD). Eventually the FCC granted it a permit to transmit on a second frequency, Channel 44, formerly occupied by WSNS-TV, and WLS announced the availability of that frequency on October 31, 2009.

As of June 2010, WLS is operating both channels 7 and 44 from their auxiliary transmitting facilities at the John Hancock Center under an extension of an existing STA, while construction continues of its maximized facilities at the Willis Tower. WLS is operating channel 7 as a fill-in translator with a power of 7 kW & operating their full power operations on channel 44 with a power of 1 MW. Through PSIP technology, both operating frequencies are re-mapped and displayed as virtual channel 7, which would cause some digital tuners to have two versions of virtual channels 7.1, 7.2 and 7.3, while tuning sequentially. WLS-TV is expected to operate channel 44 at the 1 million watt power level from the Willis Tower in the near future. It is also expected that the channel 7 frequency will continue to operate, even after the implementation of the maximum power increase on channel 44 until mid-January 2013, at the latest.

Prior to February 24, 2011, WLS-DT3 aired ABC 7 News Now with weather programming from The Local AccuWeather Channel. The ABC O&Os ended transmission of their Local AccuWeather channels in February 2011, replacing its programming with a letterboxed standard-definition simulcast of their LiveWell subchannels; however, the partnership between ABC and AccuWeather continues to this day as the branding for the stations' weather reports.

The station first went on the air as the third TV station in Chicago on September 17, 1948 as WENR-TV. It was named after WENR radio, ABC's Chicago radio affiliate. As one of the original ABC-owned stations on channel 7, it was the second station after New York City to begin operations, followed by Detroit, San Francisco and Los Angeles.

In February 1953 ABC merged with United Paramount Theatres (UPT), the former theater division of Paramount Pictures. UPT subsidiary Balaban and Katz owned WBKB on channel 4 (which shared a CBS affiliation with WGN-TV) but the new American Broadcasting-Paramount Theatres, as the company was known then, could not keep both stations because of Federal Communications Commission regulations at that time. As a result, WBKB's channel 4 license was sold to CBS and the station was renamed WBBM-TV; it moved frequencies to channel 2 several months later. The old WBKB's talent stayed at the new WBBM-TV, while the WBKB call letters and management moved to channel 7. (From 1965 to 1968, the station's calls were modified to WBKB-TV.)

The general manager from the early 1950s to the mid-1960s was Sterling "Red" Quinlan,[1] who was a giant in early Chicago television. He was instrumental in the careers of Tom Duggan, Frank Reynolds, and Bob Newhart. The station courageously aired The Tom Duggan Show in the mid-1950s, which was the most popular show in Chicago far out drawing other network competition. Channel 7 became WLS-TV on October 7, 1968, after WLS radio (890 AM), which ABC had wholly owned since 1959. Ironically, ABC merged WLS radio with WENR, its shared-time partner, in 1954.

WLS-TV had claimed to be "Chicago's first television station" in sign-ons in the 1980s (implying a connection with the original WBKB on channel 4), but admitted to its true roots with WENR with its 60th anniversary in 2008.

WLS-TV, like the other ABC owned-and-operated stations, adopted the Eyewitness News format in the late 1960s after it became a hit at flagship WABC-TV in New York. Beginning in 1968, the station's main evening newscasts were co-anchored by Fahey Flynn, a bowtie-wearing broadcaster who had spent the previous 15 years at WBBM-TV; and Joel Daly, hired away from WJW-TV in Cleveland in 1967. The duo served as the anchormen of the station's 6:00 and 10:00 PM newscasts until Flynn's death in August 1983. In 1970 they were joined by John Drury, who helmed the 5:00 report. By 1973 Eyewitness News surpassed NBC-owned WMAQ-TV to become Chicago's top-rated news operation, a lead it held until WBBM-TV surpassed it in 1979. For much of the 1970s and 1980s, it waged a spirited battle for second place in the Chicago news ratings.

By 1983 a disastrous anchor change had dropped channel 7 into third place. That prompted two major changes. ABC brought in Dennis Swanson from its Los Angeles outlet to WLS-TV as its new general manager. Swanson, in turn, hired Bill Applegate as the station's news director. Secondly, ABC commissioned Frank Gari to write an updated version of the Cool Hand Luke theme widely associated with the Eyewitness News format. The result was News Series 2000, which was quickly picked up by the other ABC O&Os.

Swanson was instrumental in hiring Oprah Winfrey to host its then low-rated morning talk show, AM Chicago, in 1983. Within a year, it had shot to first place. It was picked up nationally in 1986 and renamed The Oprah Winfrey Show. Channel 7 aired it, along with most other ABC O&Os, until September 2011. Swanson also re-hired lead anchor John Drury, who had left for WGN-TV in 1979; and Floyd Kalber, who had led WMAQ-TV to the top of the ratings in the 1960s.

Drury and Mary Ann Childers were a popular anchor team at WLS-TV during the 1980s and 1990s, accompanied by weatherman Steve Deshler and sportscaster Tim Weigel. In March 1986, channel 7 passed WBBM-TV as the highest-rated news station in Chicago. It has held the lead ever since, aside from a brief period when WBBM-TV managed to forge a tie for first.

As of 1996, the station currently brands its newscast as "ABC7 News" even though it still uses the same basic format from its Eyewitness News days. The station has been using its current news music package, News Series 2000 Plus (now called Stimulus) by Frank Gari since 1992. It also updated the on-air graphics for its newscasts on Saturday, June 3, 2005.

The new State Street Studio officially debuted Monday, April 10, 2006, during the station's morning newscast, but it started broadcasting its newscasts from the new studio on Saturday, April 8, 2006. On the weekend of April 29–30, 2006, WLS-TV began using Chopper 7 HD. On Saturday, January 6, 2007, WLS-TV became the first Chicago television station to broadcast its entire news and local programming in high definition news although most remote field footage remains in 16:9 widescreen standard definition.

On December 23, 2007, the State Street Studio became breaking news when a minivan drove through a reinforced studio window two minutes into the 10 p.m. newscast, startling anchor Ravi Baichwal on air and creating a 20° draft, but injuring no one.

According to the Nielsen local news ratings for the February 2011 sweeps period, WLS-TV remained in first place overall, with the 10 p.m. newscast getting a 9.7 rating share, down a tenth of a point from a 9.8 during the same time the previous year. The station remained in second place for its prime-time lead-in. 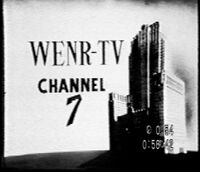 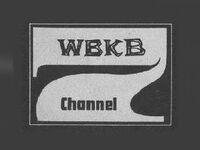 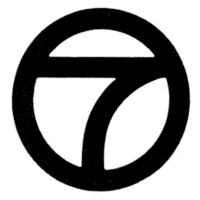 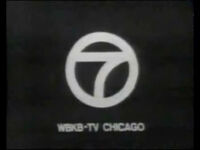 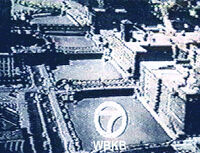 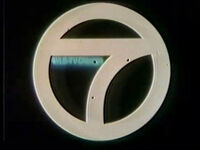 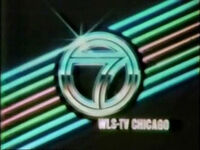 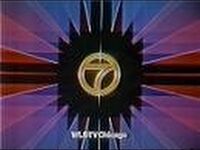 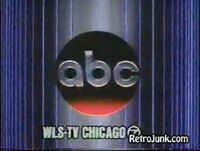 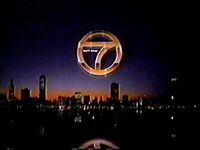 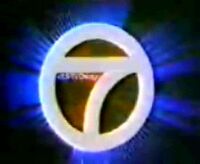 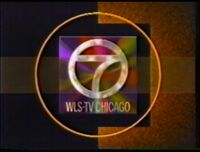 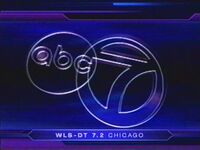 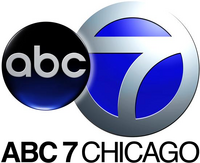